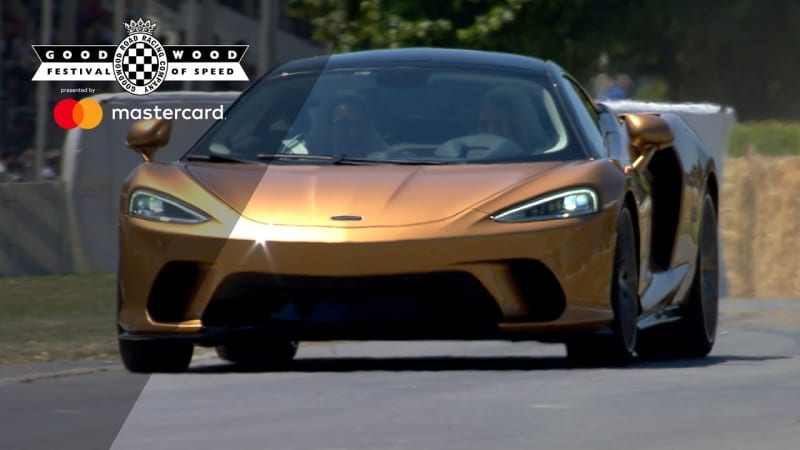 We first saw the McLaren GT back in May, but now we have a good view of the car in motion, having made its “dynamic debut” at the hill during the Goodwood Festival of Speed. The car that ran up the hill appears to be the same one (or at least, the same color) as the one shown at its static reveal. It sounds appropriately bubbly, too.

Recall, this one uses a 4.0-liter, twin-turbo V8 with smaller turbos for a punchier, flatter torque curve. While its 612 horsepower puts it in the middle of the range, the GT seeks a balance between performance, comfort and luxury. It’s something that was previewed to some extent by the earlier (and lower-tier) 570GT, trading some outright performance for more sophisticated comfort.

In motion, the GT’s more mature design, with longer overhangs and smoothed-out lines, looks slinkier. It’s a bit like a McLaren 720S took off its workout clothes and changed into a sharp suit. It also seems to allow more of its V8 nature to emerge from the tailpipes, whereas other Maccas like the 720S sound more like high-strung race cars.

This video gives us a taste of the range of driving experiences that Woking would like to offer buyers, broadening its scope a bit. From what we see, we’re very keen to drive the GT and see if it’s as successful from behind the wheel as it appears to be from behind the camera.