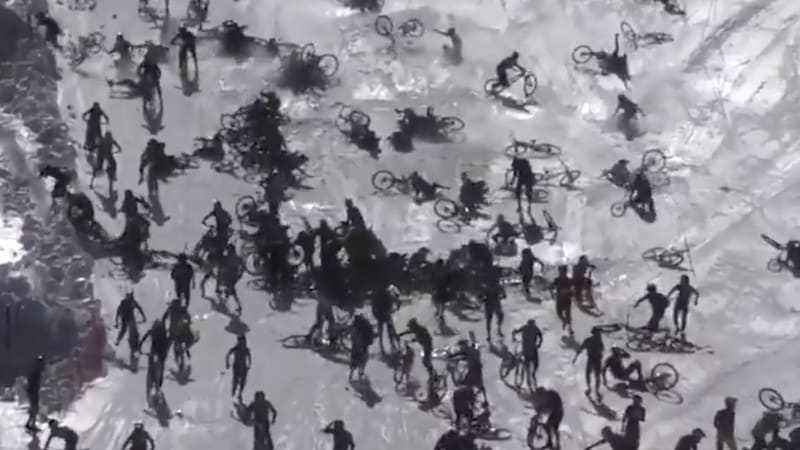 Somehow, someway, there were no reported major injuries incurred during this cringe-worthy bicycle crash on a massive glacier hillside. The footage below was taken during the annual Mountain of Hell race that happens each summer in the Les Deux Alpes in France.

According to British bike site Bikesy, the race starts at about 11,150 feet and ends at about 2,950 feet. The 8,200-foot drop takes place over about 15.5 miles, and riders can apparently reach speeds of faster than 70 mph. Feel like stopping? Sorry, the icy track laughs at the idea of brakes, and there’s no way to snowplow like with skis. At least, not on the parts with powder.

The race is not entirely made up of the cold stuff. The winner of the competition, Kilian Bron, filmed his entire run (seen below), and for much of it, there is plenty of dirt and rock to cover.

Hundreds participate in the yearly event, and judging by this video, there’s an extremely small percentage of people who don’t end up on the ground in some capacity. Experience and preparation mean little, as the route is altered each year with new challenges and more “fun.”