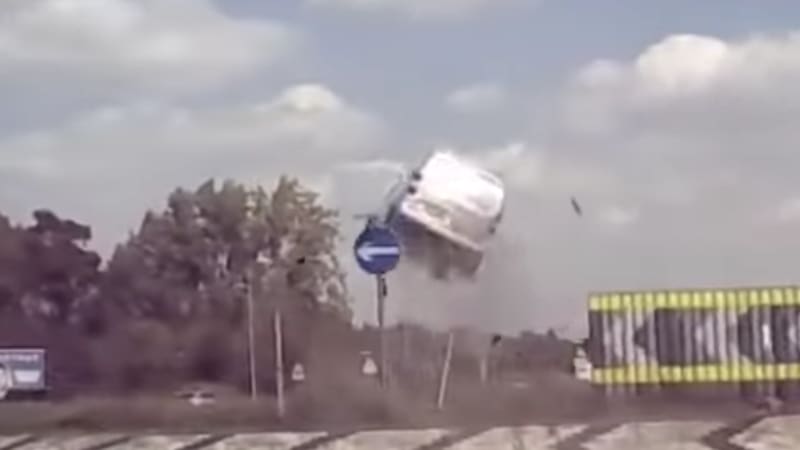 Here’s something you probably didn’t see on your commute this morning: a flying van. Well, if you were lucky you didn’t, because this

helmet footage from a highway in the U.K. is terrifying.

for their traffic-calming contributions to highway safety, but they only work if you see them coming. From the looks of it, this driver was in a serious hurry to get somewhere (note the video footage has been slightly sped up) but didn’t know the roundabout was quickly approaching. Once he saw it, there was nothing he could do. Thankfully, police have said that he survived the accident and escaped with only cuts and bruises — a lucky guy.

The driver wasn’t trying to live out his

fantasies, but he did a pretty convincing job of making that happen. We’ve all seen people make similarly unsafe moves on the highway when they’re in a huge rush, but it normally doesn’t result in a scene fit for an action movie. The roundabout’s median was sloped perfectly to act as a launching pad as well. We’re just glad he’s OK, and somebody had a camera running to capture the moment. Maybe if he had a

van, he might’ve had a chance at turning the wheel and avoided getting airborne.