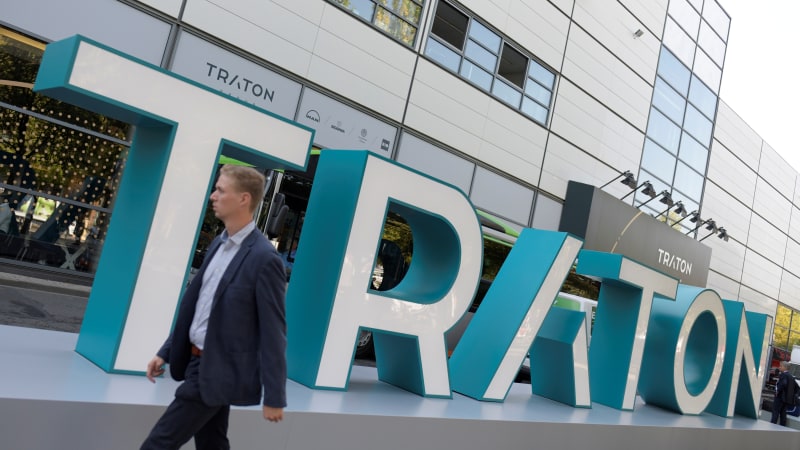 FRANKFURT, Germany — Volkswagen’s truck unit Traton made a lackluster start on its market debut on Friday as its shares slipped below their initial public offer price in early trade.

The shares opened at their IPO price of 27 euros ($30.75) and then slipped slightly to 26.64 euros a share. Germany’s benchmark DAX index was flat.

Weak demand for German listings forced VW to scale back its IPO of Traton and it priced the offering at the low end of its target range.

Volkswagen floated 11.5% of Traton’s shares in a scaled back initial public offering which had initially sought to list a stake of up to 25% of the shares and put the company’s truck business on an independent footing.

Proceeds from the offering will flow to parent Volkswagen which aims to use the funding to invest in mass producing electric cars.

A flotation could give Traton the resources to deepen its relationship with U.S. truck maker Navistar International, in which it currently owns a 16.85% stake.

Upon being asked whether Volkswagen plans to buy out Navistar, Volkswagen’s Chairman Hans Dieter Poetsch said, “Today’s steps make many things possible. Currently there are no concrete plans.”