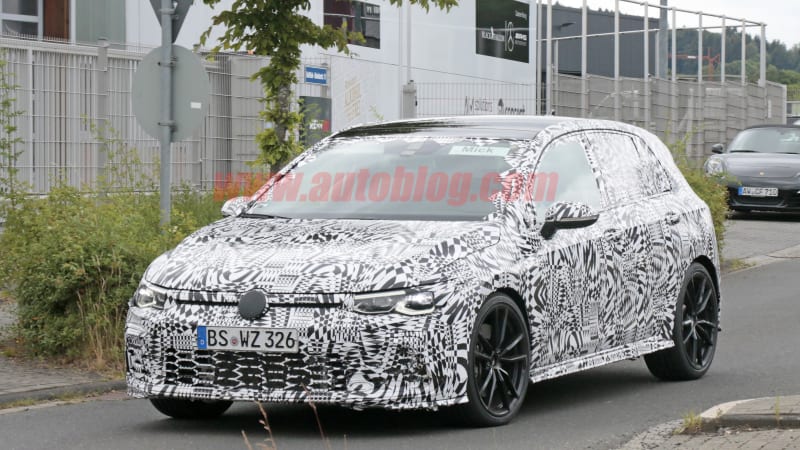 The seventh-generation Volkswagen Golf debuted back in 2012, though it was another few years before the car made it to America. The GTI has been one of our favorite cars for years, even if the current model is getting a little long in the tooth. Few vehicles can combine practicality, performance and refinement as well as the GTI, and the past few generations have improved upon the formula. The Mk8 GTI is coming soon, hopefully sometime this fall. For now, take a look at this new batch of spy photos.

Even with the camouflage, you can tell this isn’t a radical departure from the current car. The hatchback still has clean, sharp lines that stand in stark contrast to the bold, in-your-face styling of cars like the Honda Civic Si/Type R and Hyundai Veloster Turbo/N. Unsurprisingly, the front end reminds us a lot of the new Volkswagen Arteon, slender lights that flow into a wide grille. It won’t have the Arteon’s large front fascia, going for a slimmer split grille similar to the current car. The rear, too, looks like an evolution of the current car, though we’ll have to wait for the full reveal to see more.

As before, expect power to come from Volkswagen’s tried and true 2.0-liter turbocharged inline four. In the U.S., the current GTI makes 228 horsepower and 258 pound-feet of torque, but more powerful variants like the TCR and Clubsport are sold in Europe. We’re hoping for close to 300 horsepower in the new car, with the next-gen Golf R making substantially more. Power should still be sent to the front wheels through either a manual or dual-clutch transmission. We just hope VW carries on with the tartan pattern on its cloth seats.

Until the debut, take a look at these photos of the standard Golf.