Bonhams is holding a no-reserve

of the past decade. The lot of 25 beautiful collector items includes a

. The collection, which was seized from a corrupt politician from Equatorial Guinea, is valued at roughly $13 million.

If selling off future classics that are still in their infancy as collector items seems strange, it’s because this is not a straightforward situation. These cars will be sold off by the State of Geneva, not a person. The collection was previously owned by the vice president of Equatorial Guinea, Teodoro Obiang, but the cars were seized when he was

for money laundering and unfair management of public interests.

These 25 cars, which were located in Geneva, were first sequestered in fall 2016. A trial court ordered them sold off, and the money earned from the sales would be invested in social programs that benefit Equatorial Guinea. And so, Equatorial Guinea is about to see an influx of cash, as every vehicle is valued in the hundreds of thousands, if not millions, of dollars. 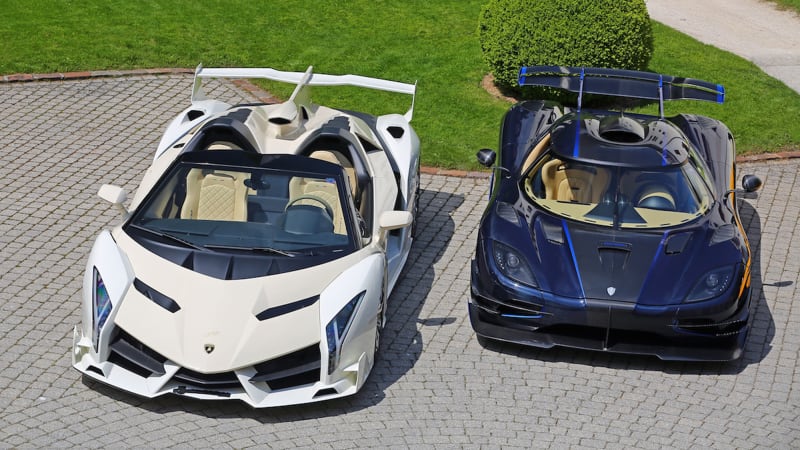 Veneno Roadster, one of nine in the world, is a close second. It has 202 miles logged, and is valued at about $5.1 million.

, and Bugatti Veyron 16.4 round out the top of the list. The remaining cars are not fully detailed, but they include examples from Mercedes-Maybach,

The auction will take place on Sunday, Sept. 29, at the Bonmont