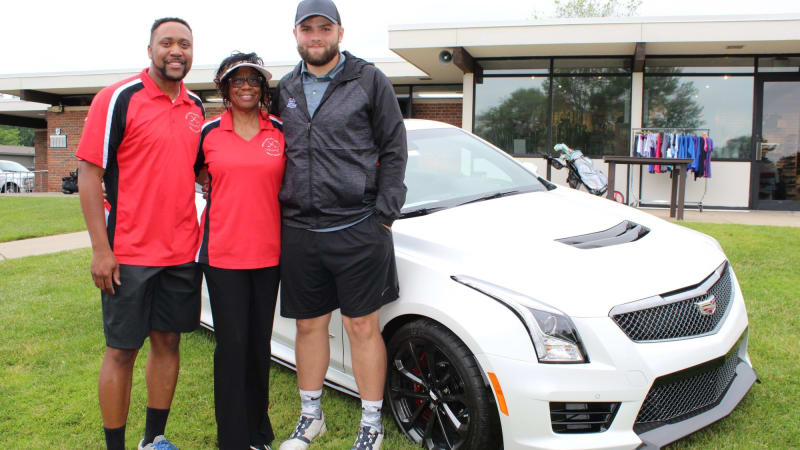 If it happens at all, many golfers knock in hole-in-ones in the quiet of a mediocre local course while two, maybe three, friends sit in their carts drinking Coors Lights. After dreaming of the moment for years, lucky golfers barely have time to process the tremendous achievement before it’s followed up with a double bogey on the next hole. That wasn’t the case for high schooler Jack Kyger, who drilled an ace during a golf outing, and in turn, won a

Kyger, a junior at Harper Creek High School in Battle Creek, Michigan, says he wasn’t even considering a hole-in-one when he stepped up to the tee on the fourth hole at the Battle Creek Country Club. A secondary prize, a TV, would be awarded to the golfer who came closest to the pin, so Kyger was simply trying to get it close to the cup.

In front of his dad and Harper Creek Superintendent Rob Ridgeway, he stuck the shot just past the hole, and with some backspin, it rolled into the pin. It’s the first time somebody has hit the bullseye at the Gene Lewis Hughes, Sr. Memorial

Outing, which has raised more than $150,000 for the Bronson Battle Creek Cancer Car Center throughout the years.

By hitting a hole-in-one, Kyger won a $50,000 decision: take home a Cadillac or a big bag of $50K in cash. As a student preparing to go to college, it’s not an easy choice.

“I haven’t made up my mind,” Kyger said in a

article. “But the way I think about it, no 17-year-old needs a brand new Cadillac to drive around in. I have a truck that gets me places. So, if I take the cash, I would probably put most of it away for college, but keep a little back to have a bit of fun, you know.”

We did notice a peculiarity about the prize. In the attached photo, the Cadillac at the event appears to be a

. Those familiar with Cadillac’s performance vehicles know that an

has some major incentives or it’s a lightly used vehicle.

No matter the price, it sounds like Kyger is going to take the cash. If he sticks to practicing his golf game, maybe he can earn some more money for college, too.