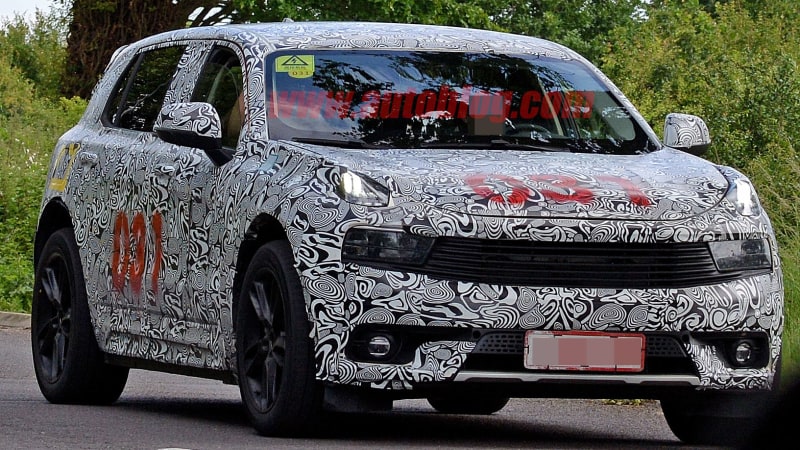 These photos could be our first look at the

in test mule form. The body on the chassis is clearly that of a

, but the underpinnings are something different entirely. Perhaps the most telling bit of all is the location in which our spy shooter caught the vehicle. We’re told that this was shot dangerously close to

Using a Lynk and Co. body to test the Lotus SUV makes sense when you take into account who owns both companies. Geely happens to own Lotus, Lynk and Co. and

, so they’re all under the same roof at this point. These

appear to be hiding a chassis that doesn’t exactly fit correctly under the body, though. The front fenders are far wider than they are on the 01, and the rear fenders also look like they’ve been messed with to fit the much larger rubber. It has a wider, more aggressive stance than the Lynk and Co. SUV, lending more evidence to this being a Lotus SUV test mule.

We’d expect a Lotus SUV to handle as well as anything in the class, so all these things do make sense if that’s what it is. As for what could be powering the British SUV, that’s another story. This tester has yellow caution tape covering where the gas cap is on the 01 SUV, no visible exhaust and a big, yellow high voltage sticker on the windshield. All of that tells us it’s most likely electrified in some form. We didn’t have intel that the Lotus SUV would be electric previously, but there’s every chance they could go down that road. The

is going to be all-electric. And

now, so the tech could be borrowed from there, too. Of course, Volvo doesn’t have the same priorities as Lotus does with weight reduction and handling, so don’t consider anything a done deal quite yet.

We can’t actually confirm that the vehicle in question is a Lotus underneath, but hopefully more photos and information make their way to us soon. There’s still a long way to go in the development process if Lotus is only testing on mules now, so look for plenty more to come on this vehicle.