The Volvo XC90 Armored is a 10,000-pound bullet-stopping family SUV 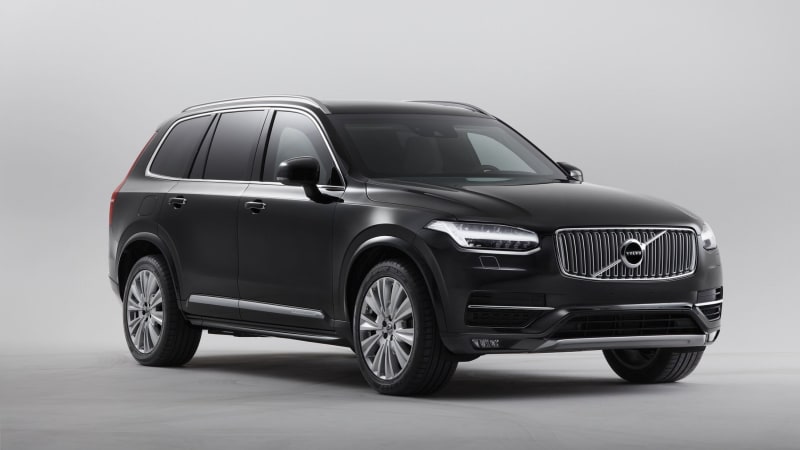 just halfway took the wraps off its new

Armored. We say halfway, because many of the details still remain secret for security reasons. But who doesn’t love a bit of mystery?

What we do know sounds rather impressive. It’s rated for “VR8” protection, which basically means it can handle a lot of very bad stuff. For example, the three-row family

has 360-degree ballistic resistance, as well as explosive resistance. To get extra granular, this Volvo is rated to withstand full steel jacket rounds, but you’ll need VR9 protection to stop full copper alloy jacket bullets, according to the

working with Volvo. Regardless, anybody trying to get to what’s inside will have a difficult time doing so. The neat part is that it looks exactly like your run-of-the-mill

from the outside, so no one will be able to tell it apart with a quick glance.

This particular project is two years in the making, according to Volvo. The Swedes are building it in partnership with TRASCO Bremen in Germany, which is a company that specializes in building armored vehicles. We’re told that the high-strength steel is 0.4 inch thick, and the glass thickness maxes out at 2 inches of thickness. Now that’s some serious glass. Volvo didn’t provide many extra details for security purposes, but it has an emergency exit at the rear hidden by the middle back seat, reinforced door hinges and fire extinguishers in the engine bay. We knew using that tiny 2.0-liter would pay off for Volvo one day.

All of the extra armor adds 3,086 pounds, which when added to all the other extra equipment and an estimate for five occupants, brings the final curb weight to 9,899 pounds. The base XC90 T6 AWD curb weight in the United States is 4,663. There could be differences in play here regarding European and American curb weight measurement standards, but wow.

And that brings us to power. Volvo didn’t say if the supercharged and turbocharged four-cylinder was modified to deal with all that extra weight, but we hope it has a bit more go. The XC90 was no jack-rabbit in T6 form before, and potentially adding twice as much weight won’t do it any favors. Volvo did say it’s hardened the suspension to handle the weight and given it bigger brakes.

Beyond the car itself, one bit of the press release stuck out to us. Volvo says “there is a growing global market for armored vehicles at present.” We’ll chalk that one up as slightly alarming. Volvo says the cars are meant for Latin America and Europe, so maybe folks in the States aren’t feeling as vulnerable. If you had any special requests for armor or other protection, Volvo says it can most likely oblige, as well. The XC90 Armored is available to order now, with deliveries commencing at the end of 2019.