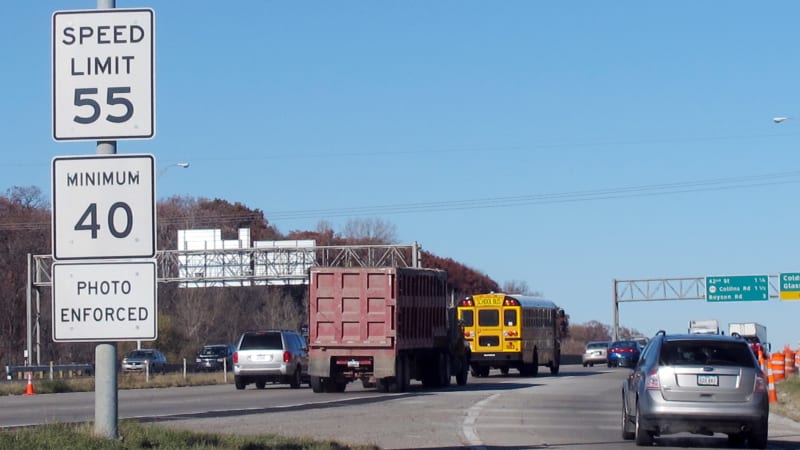 According to Leyre Olavarria, who heads up connected

Group’s Seat brand, all the technology needed for governments to electronically enforce speed limits on

“From a technical perspective, it is possible. We can do it,”

Olavarria said in an interview with Autocar

In fact, speed-limiting software already exists. Way back in 2008,

that allows speed restrictions based on the key used to start a vehicle. The system is aimed at parents who want to make sure their teen drivers aren’t letting out their inner Andretti. And

goes a step further by constantly monitoring speed limit signs and, if engaged, automatically restricting a vehicle to that government-mandated velocity.

Ford isn’t the only automaker to introduce speed-limiting technology.

speed data and on-car camera systems are widely available, and

some automakers, including Audi, already have various implementations

of the tech in use. These systems prove that Olavarria’s statements are accurate.

Fortunately, use of speed-limiting technologies has always been voluntary. And it’s likely to stay that way for the foreseeable future.

“It’s more a legal issue; how do regulators want to position themselves,” Olavarria says. So, before you get too upset about the prospect that the government might step in the way of your speed-addled driving fun (or preventing you from accelerating to avoid an accident), know that there are obvious legal and political issues standing in the way of that kind of policy.

Still, while it might seem far-fetched that a city, state, or entire country would call for the implementation of electronic speed-limiting technology, the fact of the matter is that modern cars are basically rolling computers that are constantly monitoring and storing all sorts of data — including average and top speeds. What’s more, some monitoring systems, including one that would

, will soon be mandated in Europe.

Basically, Big Brother is out there, but so far, he’s only watching.