By doylestownauto on July 4, 2019 in Audi repair shop

The Ford GT Mk II is a $1.2 million track-only supercar 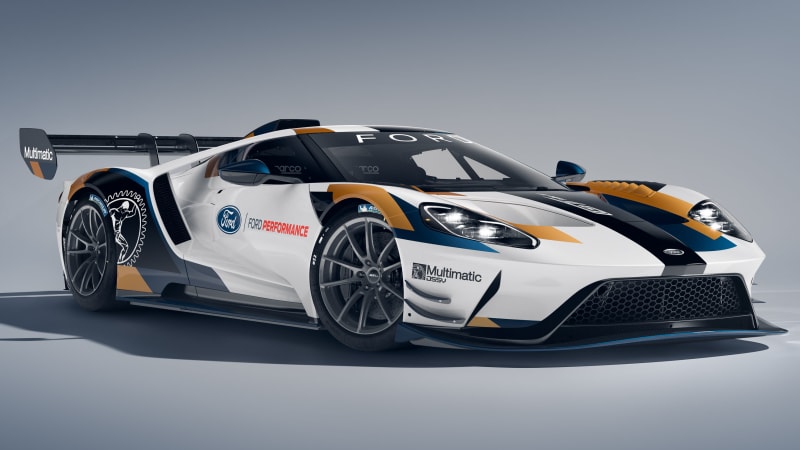 Just as we were told a short time ago, the Ford GT isn’t done yet. Ford took to Goodwood and pulled the wraps off a track-only version of the supercar, named the GT Mk II. Only 45 of these are going to be built with an MSRP of $1.2 million. So, what has Ford and Multimatic done to nearly triple the price of a road-going GT?

It all starts with throwing out any intention of this being road-legal. Anyone who buys a GT Mk II will be using it as a personal track day car, as it’s not designed for anything else. There are no racing series that it complies with either, so this allowed Ford and Multimatic to give it everything they have.

The biggest additions are aero related. As you can see in the photos, Ford has given the GT Mk II an extremely aggressive aero setup for maximum downforce. Since none of the aero has to comply to WEC or IMSA regulations, Ford was able to stretch beyond what it puts on the Ford GT racecar. Setting aside Balance of Performance restrictions and racing laws allows the larger rear wing and splitter that extends far beyond the car’s front bumper. Check out the huge diffuser hanging out the back, too. Ford says it has over 400% more downforce that a street GT, and with the Michelin slicks, it can pull more than 2 g of lateral grip. We hope you’ve been doing your neck exercises.

There’s also a big weight loss versus the street car. In total, the GT Mk II weighs 3,064 pounds. That’s 244 more pounds than the racecar, but still 200 pounds lighter than a street-spec GT. Ford says most of that can be attributed to the car’s adjustable ride height and drive modes system being removed. Now the GT features five-way adjustable DSSV dampers and a low, fixed ride height. It’s still 5 mm higher than the GTE racecars, but is also lower than the road car in its lowest setting.

The biggest benefit gained in the Mk II from not having to comply to regulations is the unleashing of the 3.5-liter twin-turbocharged V6. Ford dialed it up to 700 horsepower, which is a 50-hp gain over a normal GT, but about 200 hp more than the racecar depending on the Balance of Performance on any particular day. Ford is always required to de-tune the race engine to comply with the rules. Instead of the racecar transmission, Ford decided to re-tune the seven-speed Getrag dual-clutch used in the street car. There’s no muffler either, so the Mk II is a true racecar in that sense. The straight pipe exhaust is routed close enough to the diffuser that Ford felt the need to put gold foil on the top to deflect the heat it produces.

Ford has said it’s had to do a fair amount of heat control on this car in general. The “trunk” has been eliminated to house a new auxiliary cooler for the engine, clutch and transmission coolers. This gets air from the roof-mounted intake, which is always cool. New outboard-mounted charge air coolers with water spray technology are utilized. The water spray automatically activates when the car senses high temperatures. Ford says all of this extra cooling means you should be able to run your GT Mk II around the track till you physically can’t do it anymore. The brakes are better than those found in the racecar, as those aren’t allowed to be carbon ceramics. These are the optional brakes for the road car with a race-specific pad, as well. Mk II-specific 19-inch forged wheels are the only option.

The interior has been stripped of its innards and redesigned to a certain degree to accommodate the custom Sparco racing seats Ford commissioned for this model. It comes with a MoTeC data acquisition system that also functions as a display for a backup camera. A passenger seat is optional as is a racing-duty air-conditioning system. We’re sure a few of these will end up running laps in some extremely high temperatures, so why not be a little cooler when you’re out racing with your other millionaire buddies?

Ford says some of these are still available for purchase, even though it’s had many inquiries to buy such a version before the reveal even happened. An interesting bit to note is that the 45 MK IIs will be coming out of the current allotment of 1,350 GTs planned, not adding to it. Multimatic says it can build about 15 of these per year, so get in touch quickly if you want one anytime soon. The application process won’t be the same as the road car, but Ford says it’s still going to hand-pick every buyer to make sure they’re going to use the car as it’s intended.

2020 Land Rover Defender will be three SUVs, not just one
The Ford GT Mk II is a $1.2 million track-only supercar