The Citroen C4 Cactus is nearly dead, and that’s probably for the best 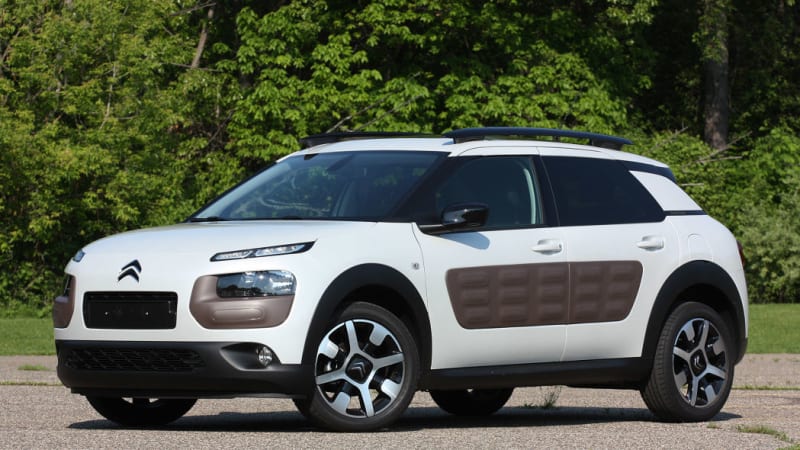 , we have a special fondness for the

C4 Cactus. A couple of

our past editors were particularly into the odd crossover

even managed to drive one of the first-generation models

in the U.S. So our initial reaction was sadness when hearing from

Top Gear that the model was being discontinued

after the current generation. But after a little more thought, we realized this is probably for the best.

What made the C4 Cactus so lovable and strange when it first launched was its styling, and in particular, its AirBumps. No, they weren’t some strange automotive disease, but rather plastic panels full of air pockets meant to shield the car from all manner of dent-inflicting items. Each air pocket was lozenge shaped, and indeed the entire car looked a bit like a lozenge. The interior was also quirky in its own ways, but all those features made it the cult icon among car journalists that it is.

Then the next-generation came out, and it was significantly more mainstream. The once-prominent AirBumps became a trio of vestigial pockets at the bottom of the doors, blended into black plastic like almost any other

. The other bits of plastic armor around the Cactus had also disappeared. It even sprouted a more conventional chrome grille motif between the running lights. In just one generation, Citroen had stolen much of what made the Cactus weird and cool. The one consolation was the implementation of

, but that’s becoming common across the Citroen range.

If the pattern set by the second-generation Cactus continued, it surely would have become just another crossover. It would no longer be that strange and clever machine we’re all fond of. And that surely would be worse than seeing it disappear with its reputation intact. In the meantime, Citroen’s product head told

the model may not be gone forever. So we’ll simply look forward to the day Citroen feels adventurous again and gives us a future Cactus successor worthy of the name.