Singer bringing some new 911s to the Goodwood Festival of Speed 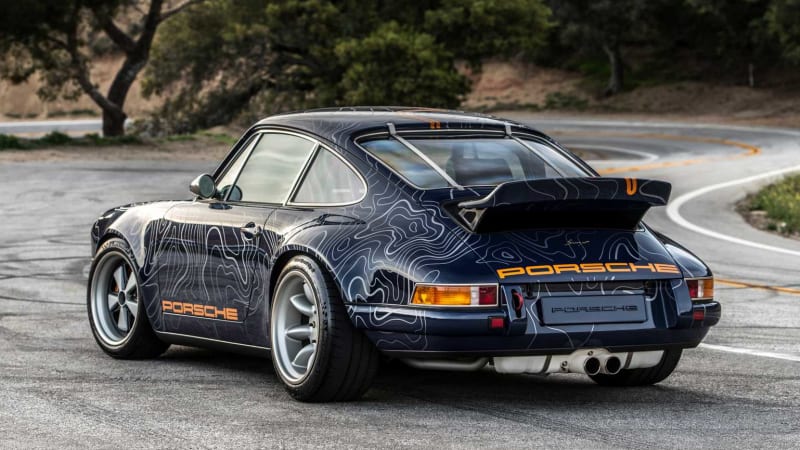 Singer is celebrating 10 years of existence at the

, and it’s bringing along a few special 911s for the party. Like all Singers, these are also gorgeous works of art that happen to be quite fast.

The one we’re most excited to see again is the

being built in collaboration with Williams. Apparently Singer has been hard at work testing and working on perfecting the model that debuted at last year’s

, and they’d like to share the results of that testing. Singer says it’s spent many days at the race track, the road and even winter torture testing in Sweden. We’re not sure that anybody would ever want to daily their Singer through a Scandinavian winter, but

are making sure that you can. It was a major treat to hear that 500-horsepower 4.0-liter flat-six fly up the hill at 9,000 rpm before, and it should be just as intoxicating this year. Singer says it’s going to wrap it in a special new livery that we haven’t seen before either, but that’s not being revealed today.

As for what’s completely new, Singer is showing a car called the “Mulholland” commission. This 911 is meant to be a bit of a barebones

with a wild exterior design. The “frog” lights, multitude of graphics and mismatched wheels all give it a rather playful, unserious attitude. Singer stripped the interior of all unnecessary parts, so there is no sound proofing, interior panels, stereo or air conditioning. Perspex rear and rear quarter windows are used to further reduce weight.

The final car to be on display from Singer is called the “Sussex” commission. This one is more of a

that we’re used to seeing from the company. It’s a gray 911 that is used as a daily driver by the owner. Singer calls it a “discreet gentlemen’s race car for the road,” and we’re going to have to agree with them. Even in gray, this car is a total stunner.