By doylestownauto on August 13, 2019 in Audi repair shop 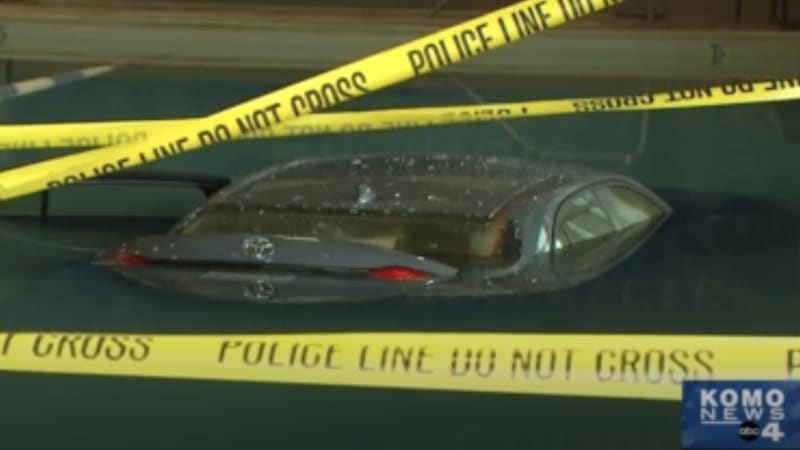 The Seattle Times quotes a police spokesman as saying the driver, 70, confused the accelerator with the parking brake. We’ve reported on many cases of older drivers going for the brake pedal and hitting the gas instead, including a deadly crash at an auto auction in Massachusetts in 2017. But the parking brake? Even if it’s a pedal-type parking brake, you don’t even operate that with the same foot. Hard to imagine anyone getting that confused. Other accounts simply say the driver mixed gas and brake, which seems far more plausible.

At any rate, the car rocketed through the glass surrounding the pool and went into the drink. There were swimmers in the pool, but no one was hurt. One even swam over to help the man out of his car.

Head on over to the Times to see Greg Gilbert’s great photo of the car being fished out by a tow truck. Local TV footage is up top, as a swimmer describes what it’s like to suddenly be sharing your lane with a car.

Oh, and here’s our helpful guide to escaping a submerged car, just in case this happens to you: