RVs are ridiculous. And I’m not talking about the general idea of RVing, of traversing this great land free from the shackles of hotels and municipal plumbing. I get that. It makes plenty of sense that about 400,000 RVs were purchased last year, according to Chevrolet, as an improved economy and an abundance of retiring Baby Boomers are leading to a wider embrace of the open road and great outdoors. I like both of those things, too.

Nope, I’m talking about the RVs themselves and how utterly absurd they are. Take the fairly average fifth-wheel RV trailer on hand for the recent Silverado HD launch. This thing had a queen-sized bed, a full shower, and although I didn’t look at the toilet, I’m wagering it wasn’t a plastic chemical job. The kitchen had a range, a full microwave and a fridge bigger than anything I’ve ever seen in Europe. There was literally everything and a kitchen sink, all of which was ensconced in actual wooden cabinetry with subway tiles and laminate countertops. I guess there wasn’t enough room in the budget for marble.

Nearby in this mobile HGTV open floor plan was a fireplace. Because of course there was, complete with a 40-plus-inch television above, and accompanying speaker system. And then, to enjoy those items was a pair of couches: one a three-place sleeper sofa and the other a La-Z-Boy-style power-operated recliner complete with a center console and cupholders. All that seemed to be missing was a Jacuzzi. And besides, none of this includes the owners’ actual belongings, extra small appliances, food and whatever else they choose to bring along. 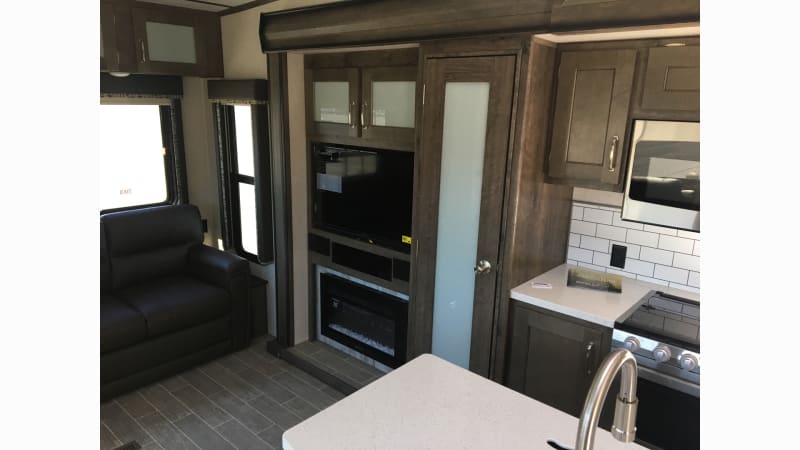 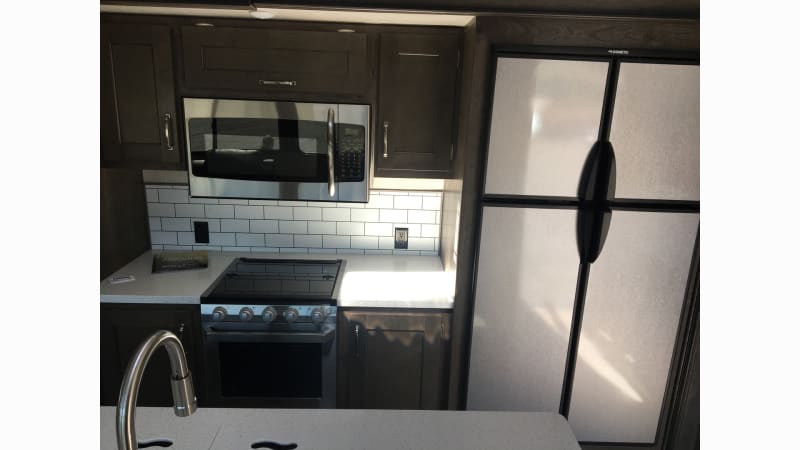 Now, I have absolutely no problem with creature comforts. I’m not advocating a Spartan #vanlife here. Instead, it’s the utter disregard for weight in these RVs. Although some of the above items were shrunken for packaging purposes, there was seemingly no effort made to produce them out of lighter materials ­– if that’s even possible in something like a fireplace. All that wooden cabinetry was the real kicker for me, and I know this isn’t an extreme example. I’ve been in RVs with ceramic tile flooring.

So, it’s not just that RVs are enormous, be it the full bus-style gas pullers and diesel pushers, or one of the roughly 100,000 fifth-wheel trailers sold last year. It’s that they’re filled with needlessly heavy stuff. No wonder the latest Silverado HD 3500 can tow 35,500 pounds. Sure, that’s nice for marketing-friendly one-upmanship, but the thing also needs to tow around the contents of a small Midwestern house. All of that weight requires burlier trucks with bigger engines, and likely bigger price tags. Your fuel bill will be even higher, and if you possibly care, your environmental impact greater. And finally, your acceleration and speed will be reduced even further, which is tedious both for you and the convoy of cars lined up behind waiting for their opportunity to pass. 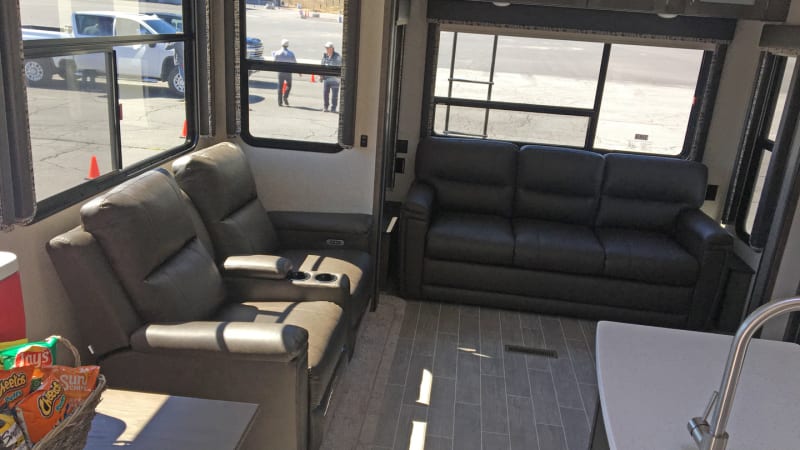 Even worse, it’s not like the RV companies seem to make any effort to properly distribute that weight. Those giant La-Z-Boy sofas were both placed at the far end of the trailer, which is precisely where you don’t want a whole heap of weight dangling off the axles like a lead ball on a chain. The laws of physics make driving a truck and trailer combo hard enough, yet the trailers themselves aren’t doing anyone any favors. And let me iterate this is a very common placement. I marveled at a pair of full-on Barcaloungers dangling off the back of a 21-foot Fleetwood I towed with a Ford F-450 10 years ago.

Now, it’s not like one would have to construct everything out of carbon fiber or NASA-grade polymers. All the perfectly comfortable chairs and sofas in my house are lighter than those La-Z-Boy monsters. You could remove some bulk here, switch to a lighter-weight piece there, maybe live without an extremely fake-looking fireplace … I don’t know, I’m just spitballing here, but it doesn’t take a lot of imagination to start making a more sensible RV interior. Hell, a trip to Ikea could probably do the trick.

At this point, I really wanted to embark on a Top Gear-style challenge where Kierstein and I strip one of these ridiculous RVs and create something lighter, more manageable and equally livable.  It would definitely be more stylish. Regrettably, Mr. Migliore insisted there was something called a “budget” and that I should “get back to work.” Shame, because my RV would not be ridiculous. Actually, it probably would be. It just wouldn’t be so needlessly heavy.