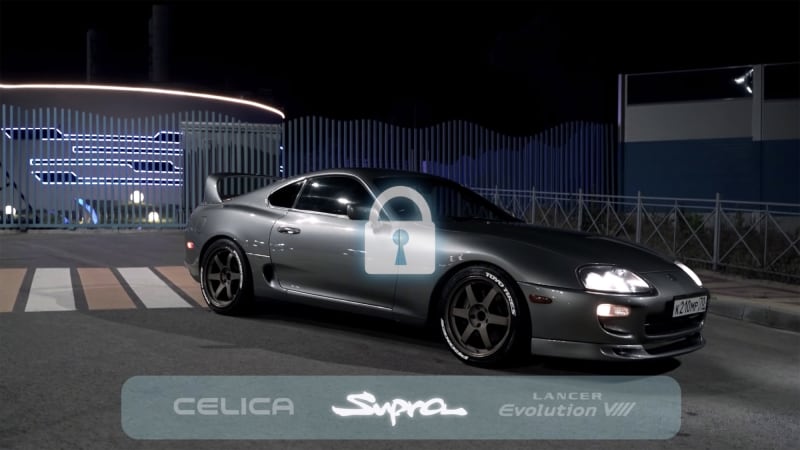 Aaron Paul and Kid Cudi tried. They really did. They put forth a decent acting effort, played with some incredible replica

” sits at a 6.5/10 on IMDB, a 39 on Metacritic, and a 57% audience score on Rotten Tomatoes. The studio attempt to bring “Need for Speed” to life was lukewarm, so a Russian videographer took a shot at the idea with this impressive digital short.

, the clip is the work of Russia-based videographer

. Clearly a fan of all things fast and fancy, as seen by his Instagram, Chekunov recreated the start screen, the garage with

selection, and the race sequences from the video game.

The video starts with an

Type-S (labeled as the Integra Type R) with familiar theme music playing in the background. Accompanied by video game sound effects, the spotlight switches between a

and Evo are locked, so the user settles on the

. He goes on to select mods, including a new spoiler, new wheels and a new color, again to the tune of the proper sound effects, menus and camera views.

The car exits the garage and rolls onto the road, where the screen now shows a tachometer and an N2O gauge. The Celica is met with a race challenge, and the car lines up with a

, an Acura RSX Type-S and a

. After a terrible launch, the Celica uses some NOS and takes the victory.

Unfortunately, the video is a bit 2 fast, 2 short for our taste. It’s well done, has some unique video work, and takes us back into one of our favorite video game series. Maybe this guy can direct the studio sequel.