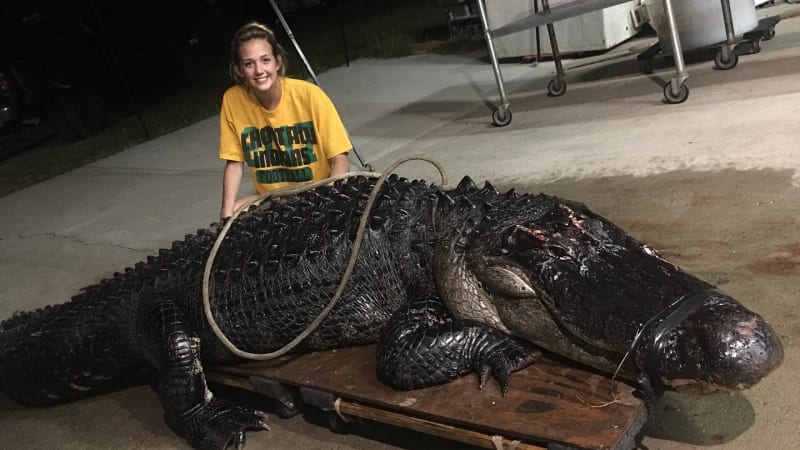 We love to bring you Florida Man stories, but here’s a product of the Sunshine State that could eat a Florida man for lunch and still have room for a Georgia man for dessert — a 12-foot, 463-pound alligator that was out roaming Interstate 10 near Tallahassee.

was called to the scene of an accident between an alligator and a semi-truck around midnight June 3. When he arrived, he found the gator was still alive, though stunned and walking in circles. Vaughan has been trapping gators — steady work in Florida, which has 1.3 million of them — for a decade, and this was the biggest he’d ever handled,

Vaughan got it off the road and — somehow — and into his truck, but the animal was badly injured and Vaughan put it down. “There was no reason to keep him alive and let him suffer,” he said.

Vaughan says alligators on the roads are a problem in May and June, which is mating season. Clearly this gator didn’t get lucky.

The photo above is from

from the encounter. He also links to Trooper Angie Daniels’ photos. Finally,

in Tallahassee includes video that shows what we assume was the gator’s ultimate fate: one very large piece of leather.