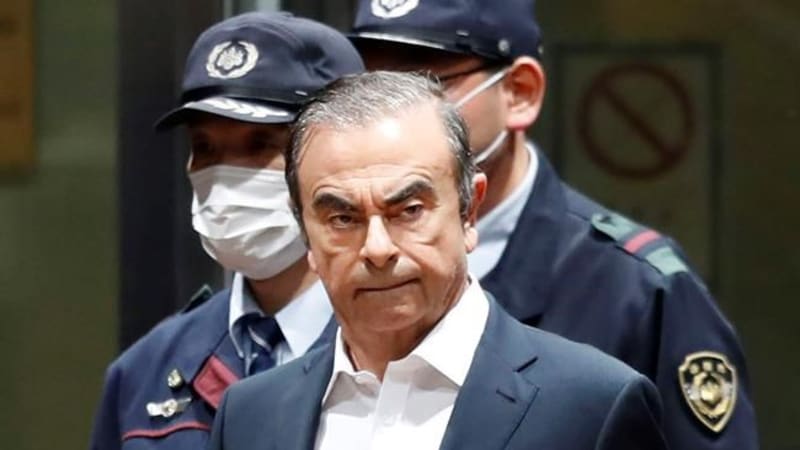 boss Carlos Ghosn on Friday abruptly canceled plans for what would have been his first press conference since his arrest in November, after journalists had been notified about a briefing just two hours earlier.

Ghosn’s lawyers called to cancel the event that was to be held at the Foreign Correspondents’ Club of Japan (FCCJ), but did not immediately give a reason for the abrupt change, an official at the FCCJ told Reuters.

Automotive News cited a source as saying his family and media team staged a “last-minute intervention” to get him to call off plans to make his case at the press conference, fearing he would be faced with questions he couldn’t answer without tipping his legal team’s strategy, or that Japanese prosecutors would take a dim view of him publicly criticizing their actions and attempt to revoke his bail.

A spokesman for the Ghosn family in Tokyo did not answer his mobile phone and did not immediately respond to an emailed request for comment.

If the conference had not been canceled, Ghosn would have spoken as Japanese Prime Minister Shinzo Abe hosts national leaders at the G20 leaders gathering in Osaka, including U.S. President Donald Trump and French President Emmanuel Macron, who Ghosn’s wife Carole have called on to raise the issue of her husband’s treatment by Japan’s courts.

In May a Japanese court dismissed an appeal by Ghosn to ease a bail restriction that bans him from contacting his wife and rejected a subsequent request to allow him a one-off monitored meeting with Carole. His lawyers have argued that that condition violates Japan’s constitution and international law on family separations.

Ghosn’s movements are also monitored and he is only allowed internet access from a computer at his lawyer’s office that records the activity for the court.

Once among the world’s most feted auto executives, Ghosn is awaiting trial in Japan over charges including enriching himself at a cost of $5 million to Nissan, in a scandal which has rocked the industry and exposed tensions in the automaking partnership between Nissan and Renault SA.

Since his initial arrest in November last year, Ghosn has been charged four times for crimes which also include underreporting his Nissan salary and temporarily transferring personal financial losses to his employer’s books during his time at the helm of Japan’s No. 2 automaker.

Ghosn has denied any wrongdoing saying he is the victim of a boardroom coup, accusing “backstabbing” former colleagues of conspiring to oust him from Nissan in order to derail a closer alliance between the Japanese automaker and Renault, its top shareholder.