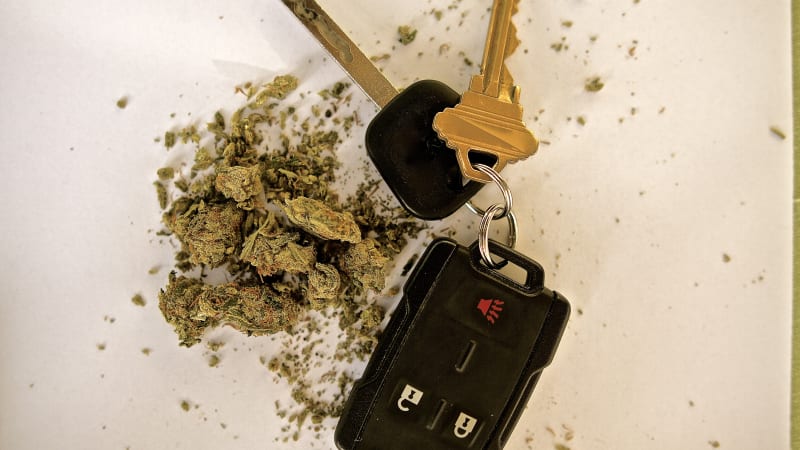 the results of its annual traffic safety survey

, and it revealed some concerning things about

marijuana use and driving

. One of the most surprising results was that 70% of respondents didn’t think driving after having used weed within an hour would result in an arrest. Some of this may have to do with

, plus the fact that

. AAA also suggests that the continued legalization and reduced stigma of the drug may have caused people to believe it is less dangerous than alcohol when it comes to driving.

Also concerning was the fact that individuals more frequently felt using marijuana and then driving within an hour was better than when using prescription drugs, alcohol or while drowsy. Specifically, about 7% of respondents said they personally were fine with it versus 3% for using impairing prescription drugs, 1.7% for drowsy driving and 1.6% for

. By generations, millennials were most likely to be fine with driving after using weed, at 14%, followed by Generation Z at 10%. Men were also more likely to be accepting at 8% than women at 5.5%.

The survey also found 6.6% of respondents admitted to having driven within an hour of using marijuana within the prior 30 days, which AAA estimates could mean nearly 15 million Americans have done this in just a month. This is still lower than the number of people who admitted having driven while over the legal limit for alcohol or having ridden in a car with a driver over the alcohol limit.

Although most Americans don’t think you’ll be arrested for driving after recently using marijuana, and a surprising minority thinks it’s all right, most Americans are against the activity. The survey showed that 70% of people felt driving after using weed was dangerous, and that 81% felt it should be illegal to do so. So it could just be that more time, education and improved enforcement will shift some of these statistics downward.

Most Americans think you won’t be arrested for driving after using pot
You can now get yourself a personal, modifiable tank