To the dismay of countless hardcore enthusiasts and JDM fans,

long ago announced that it killed off its

, to focus more on

. Rubbing salt in the wound even further was the fact that Mitsubishi repurposed its coveted Eclipse nameplate to a

. But now, there could be a light at the end of the tunnel.

reportedly received word that Mitsubishi could be bringing back the

. There’s no official word with the outlet citing anonymous sources, and there’s still a cloud of doubt hovering, given Mitsubishi made its near-future trajectory fairly clear. But there could be a smidgen of hope that all is not lost with the tiny Japanese automaker.

Should the word be accurate, the new

XI — as it would likely be called since it would be the 11th-generation model — could get a potent 2.0-liter turbocharged four-cylinder powerplant lifted straight from the hot-hatch version of the

Megane known as the Megane RS. The same dual-clutch automatic would also find its way into the Evo, though Mitsubishi would supposedly be left to its own vices to develop an all-new S-AWC all-wheel drive system.

The Renault Megane RS is quite the hot hatch, so its power and drivetrain wouldn’t be out of place in a new Evo. It produces 296 horsepower and 295 pound-feet of torque. In comparison, the Mitsu’s direct rival, the

STi, produces 310 hp and 290 lb-ft. But should Mitsubishi proceed, the company seeks to one-up

owns a 43% stake in Mitsubishi.

that Mitsubishi could add in a new 48-volt electrical system, which could give the new Evo “mild-hybrid” capabilities. That basically adds an electric motor-generator somewhere on the engine or within the drivetrain that not only doubles as a gas-engine starter and an electricity generator, but a drive motor as well. A 48-volt system would also give the new Evo the ability to house more computing power to allow for more kinds of technology. 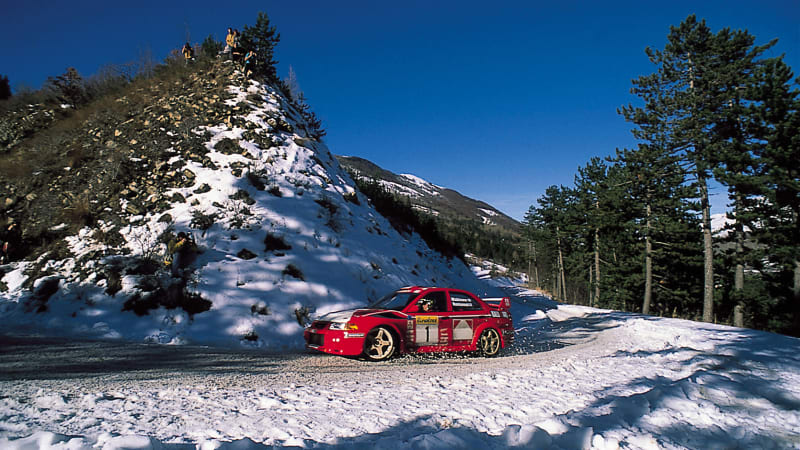 to come off of the assembly line was the Evo “X” back in 2016, a car that was first introduced in 2006 and served as the company’s performance flagship, continuing a long-standing duel with the

STi. Both cars were essentially direct rivals and even poster children for the World Rally Championship.

ended production internationally just in 2017, but the car still lives on in the Chinese market due its high popularity. There were intentions to revive the Evolution a few years ago, but the project was shelved after the company sustained heavy losses.

Word is Mitsubishi’s current chairman, Osamu Masuko, has a strong desire to bring the automaker back to its former glory and to revive its reputation for producing performance cars, not just

and SUVs. Masuko, 70, is also reportedly planning a retirement in the near future and will be succeeded by Takao Kato. However, Kato plans to keep moving forward with Masuko’s plan.