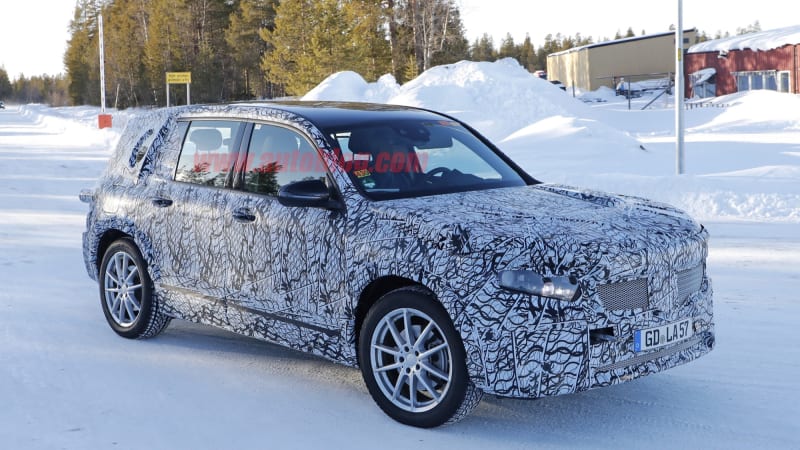 , as well as the new

. At the press conference, Britta Seeger, Daimler board member in charge of Mercedes-Benz sales, updated the gathered media, speaking vaguely about the company’s plans, which include 10 new electric models in the pipeline. At the event, though, she did reveal plans for one specific future

She mentioned the reveal of the

and said a production version would launch this summer. Then, even more interestingly, Seeger confirmed the coming of an electric version called the EQB, with a launch in 2021.

already, a window sticker giving away its use of an electric powertrain. At the time, we speculated that the vehicle would be called the EQB, and now we have confirmation. Sources at

have told our spy shooter that the company expects a driving range of around 310 miles on the WLTP cycle, but it’s difficult to translate that to U.S. specs until we’re either told by Mercedes or the

. We’ll have to wait for further details, but now we’re certain they’ll be coming our way.

Judging from the press photos, and perhaps indicated more by what ‘s covered than what’s shown, we can expect the EQB to get some of its own visual identity to distinguish it from the GLB. We’ll be sure to update when we know more.