McLaren’s kiddie 720S has butterfly doors and can play movies 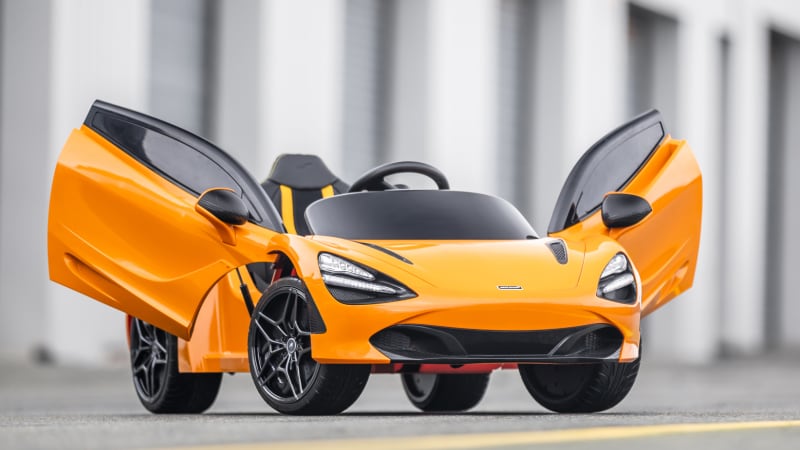 There’s an inherent problem with car-related kids toys: The adults buying them want to play with them too, especially if it’s as cool as a miniature

might have found a way to mitigate this issue with its newest ride-on. While the toy is aimed at toddlers, it is equipped with remote controls, perfect for child and grown-up to share play time.

might be the most advanced and most accurately replicated

designed the toy to have functioning dihedral doors. Because every 3-,4-,5-, or 6-year-old deserves to flex on the entire neighborhood.

, the mini car has a key, a real accelerator pedal and engine noises, but it gets its motivation from an electric powertrain. Parents can play driving instructor with complete control over the car through a remote.

Inside, the car has an infotainment system that can play music or even a movie. A small playlist of songs is pre-programmed into the car, and the videos can be accessed by plugging in a USB or an SD card.

ride-on will set parents back about $400 and they can be ordered now.