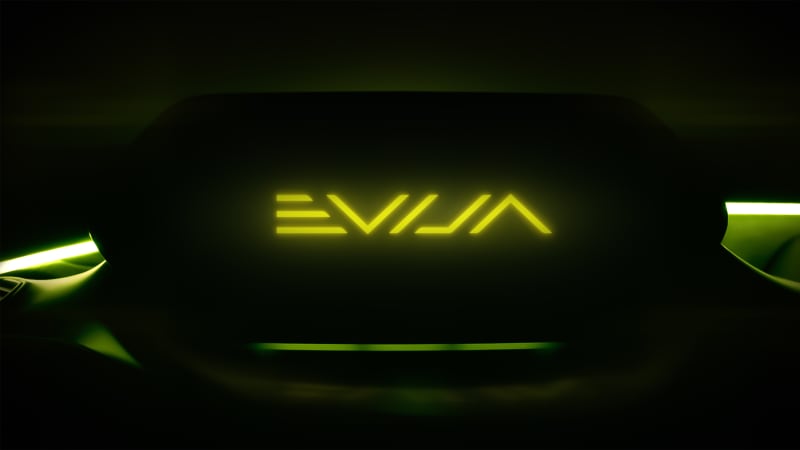 Only known as the Type 130 to this point, the new Lotus supercar finally has its official name: Evija. Lotus made the announcement at the 2019 Goodwood Festival of Speed, and some fans have the lucky opportunity to get a sneak preview of the all-electric performance vehicle during the event.

The Evija, which is pronounced “ev-eye-a,” will be the first car Lotus has produced under the ownership of Chinese umbrella company Geely. Evija means “the first in existence” or “the living one,” according to Lotus, thought the company did not go into the origins of the word.

The Evija is slated for its world debut in London on July 16, 2019, and production is expected to start in 2020. However, Lotus set up a light show experience at Goodwood that involves that car. So, fans won’t see the full vehicle, but the experience will tease small yet-to-be-seen details.

Very little information is known about the car yet, save for a nebulous aero image and a couple short video teasers. It will have a push-button gear selector, a light-up rear Lotus badge, an electric charging dock cover, and it appears it will have a tablet style dash setup. And, of course, carbon fiber will be the material of choice inside and out.