Most of the big self-service wrecking yards that provide

organize their inventory with all the imports in a separate section. A few of them might separate European and

, but there’s not much attempt at categorization beyond that. I found this pair of similarly customized late-1990s European

side-by-side in a Denver-area yard, and I had to wonder if they came from the same owner or ended up together just by chance. 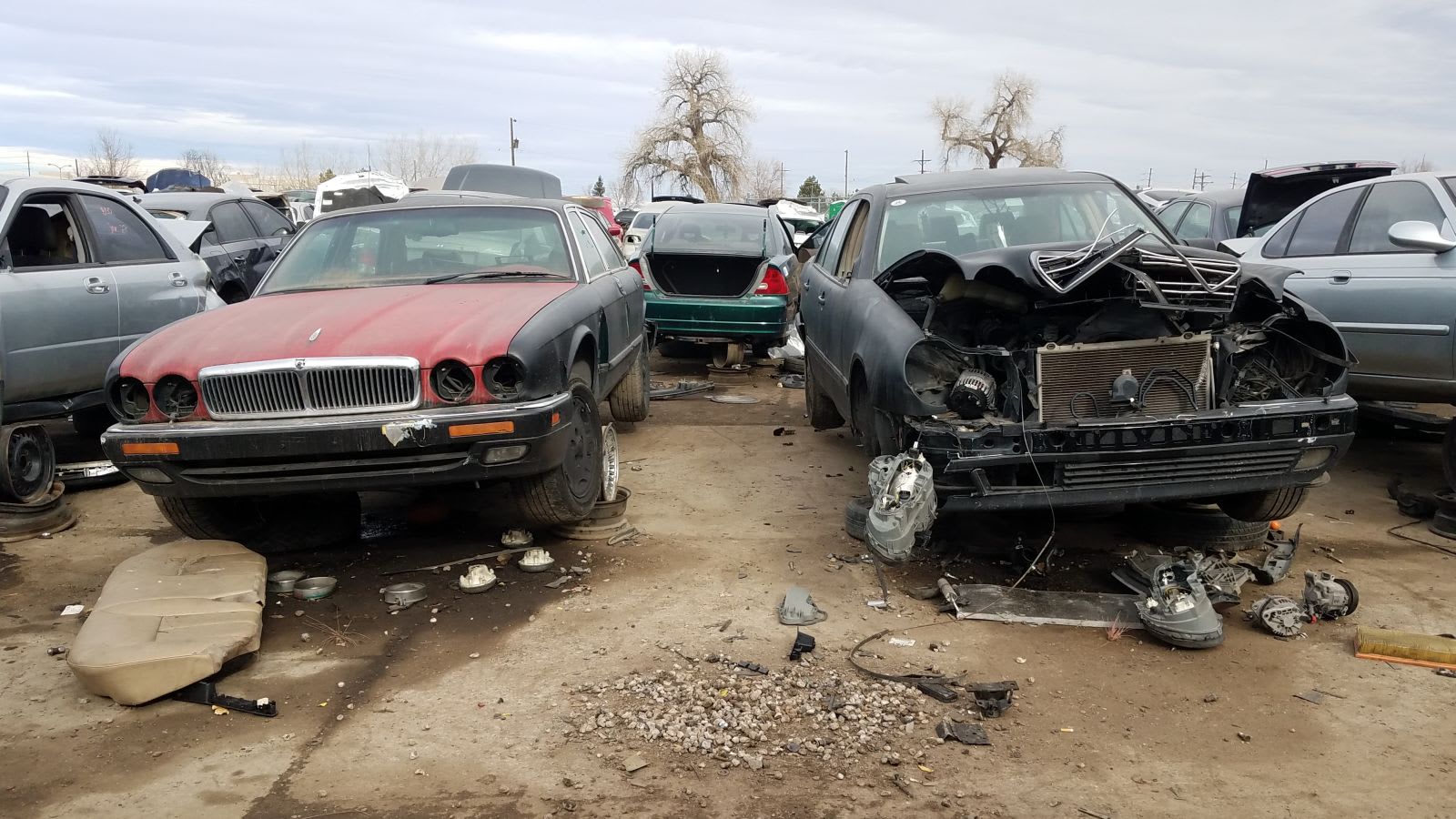 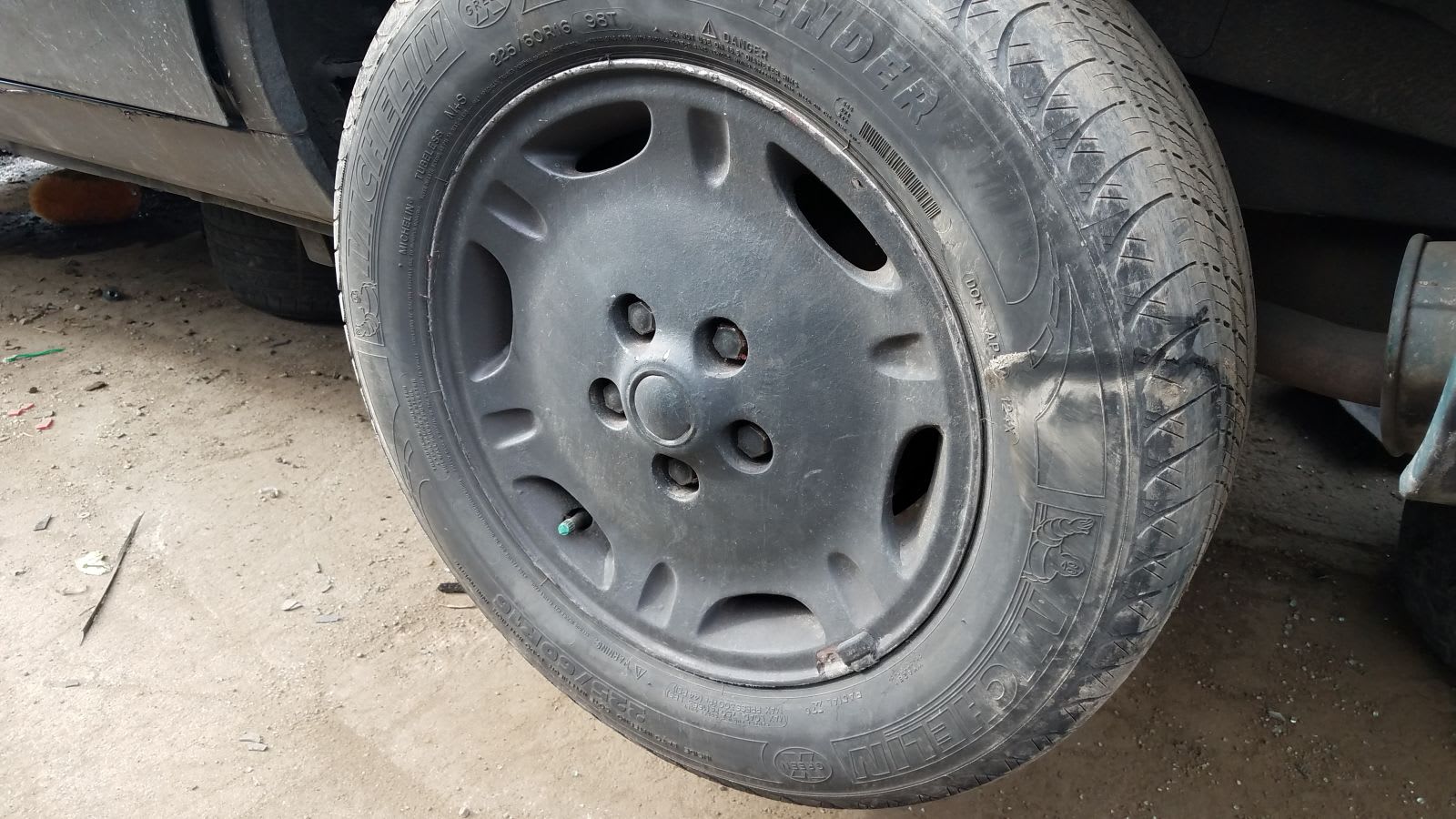 Most, but not all, of the once-shiny wheels on both cars have received the flat-black Rustoleum treatment. 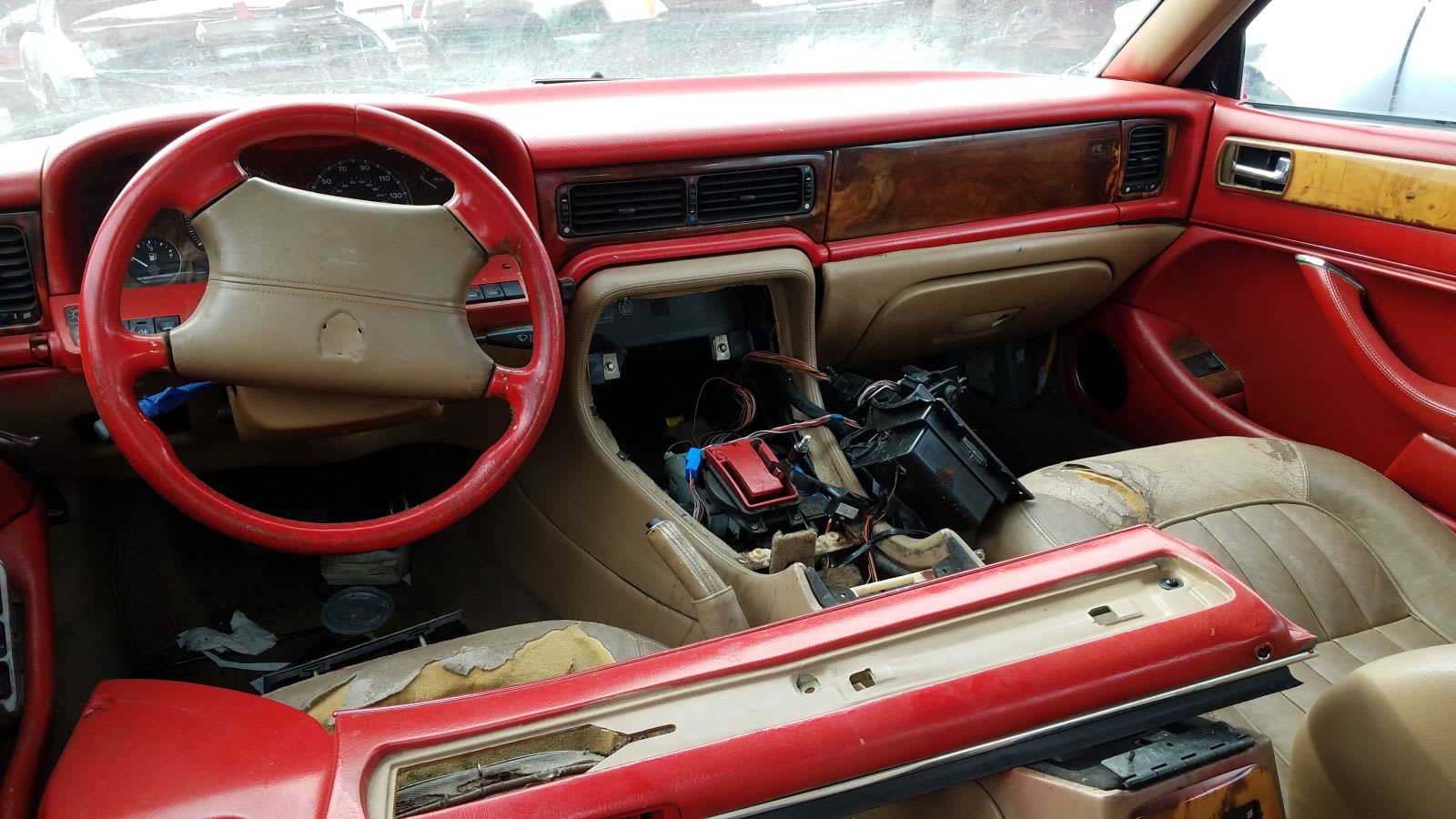 The XJ6’s interior got this nifty red highlighting job. 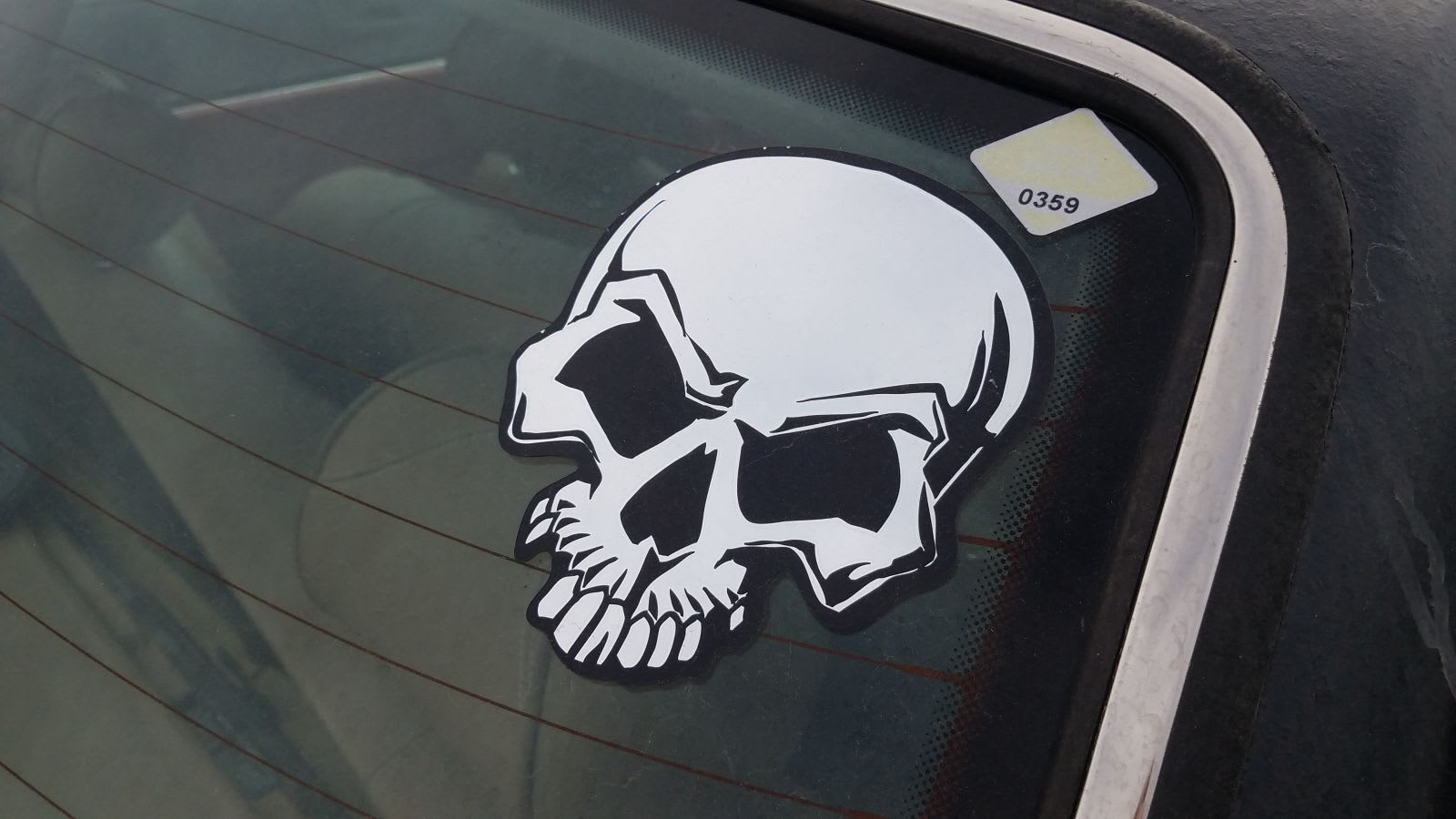 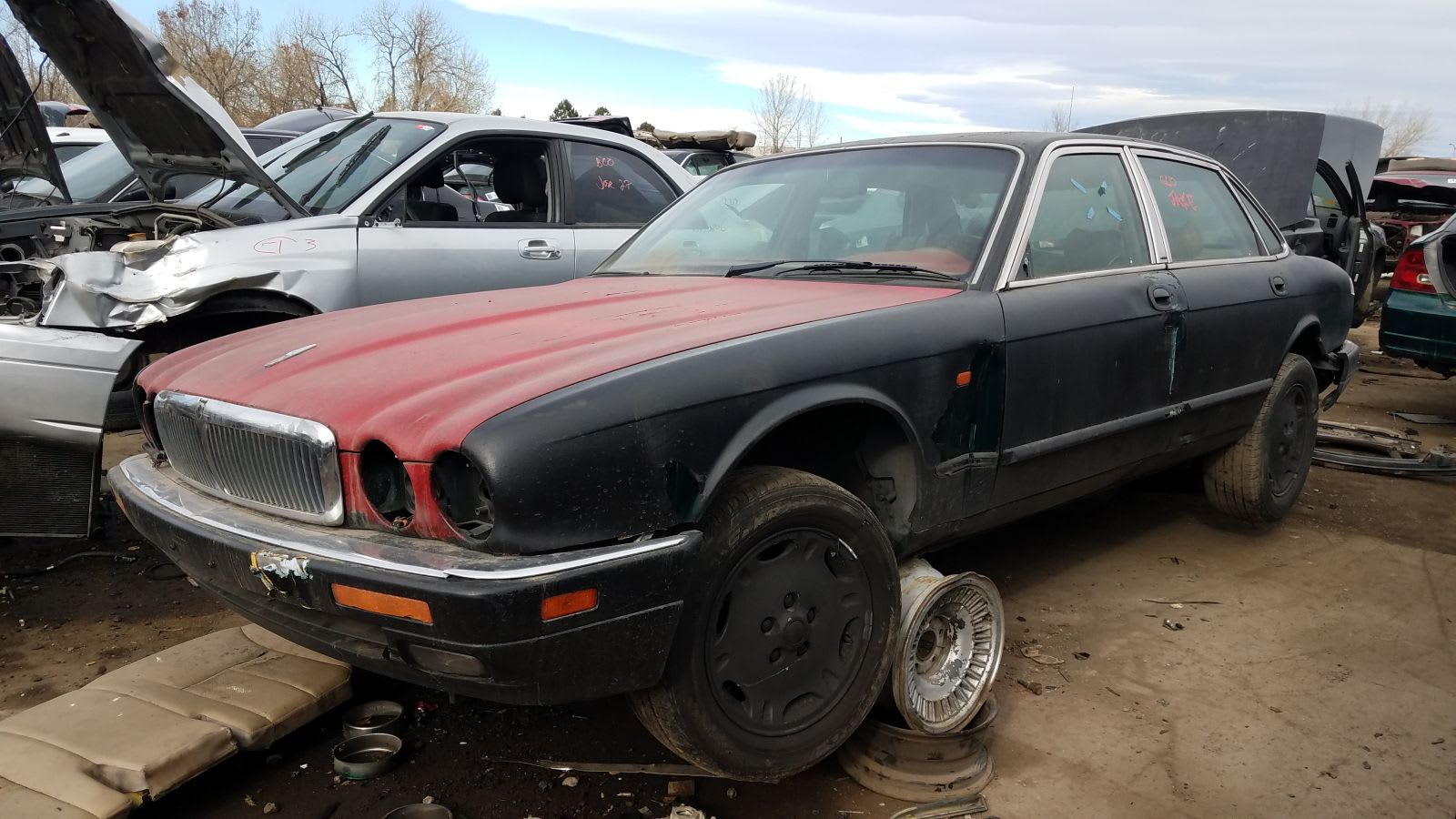 received a flat-red primer spray job on the hood. 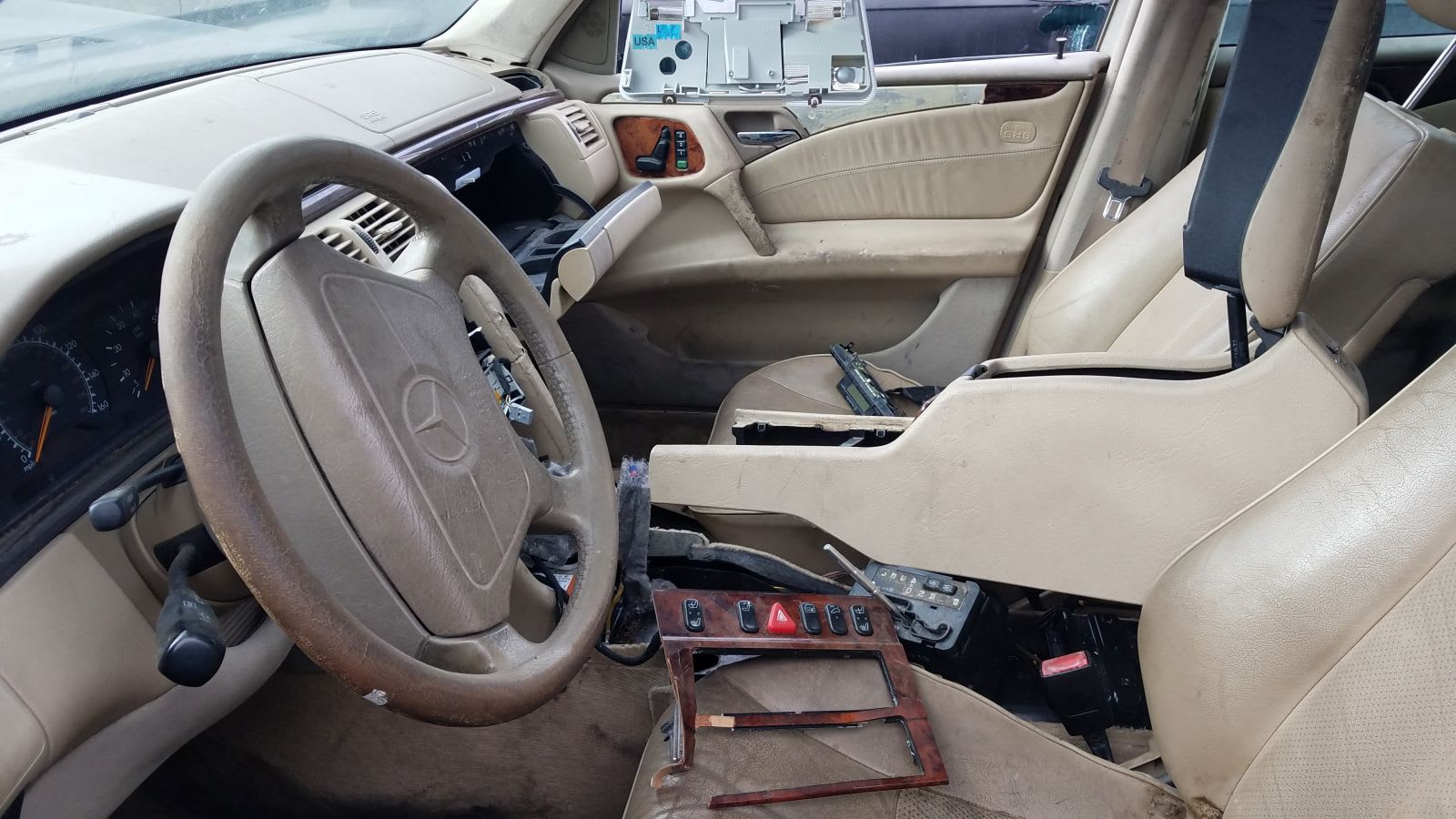 The interior of the 1999 Mercedes-Benz E320 4Matic sedan looks worn but not much modified. 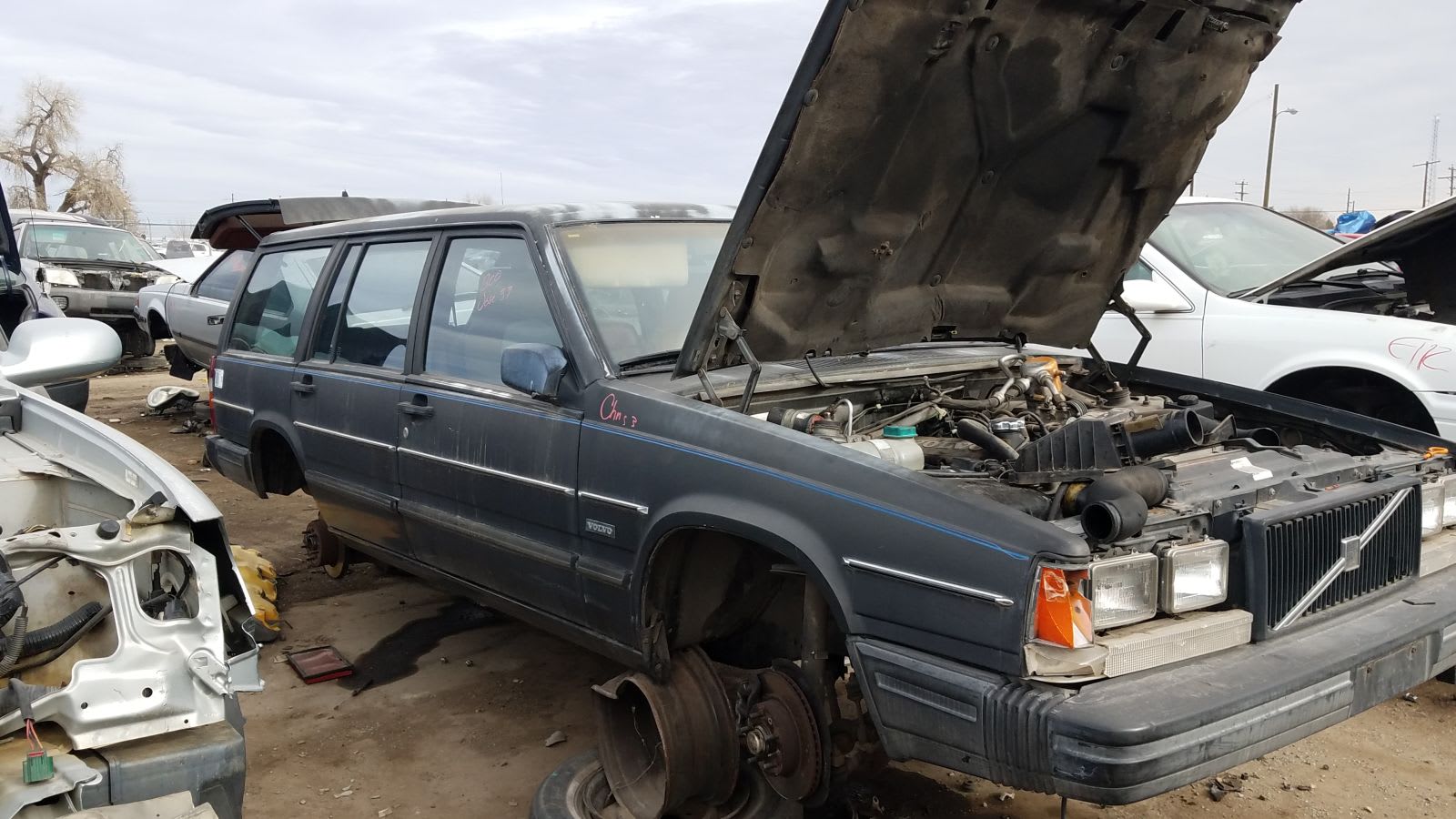 Located just a few spaces away, this flat-black

940 wagon. Coincidence, or did someone scrap an entire fleet of these cars?