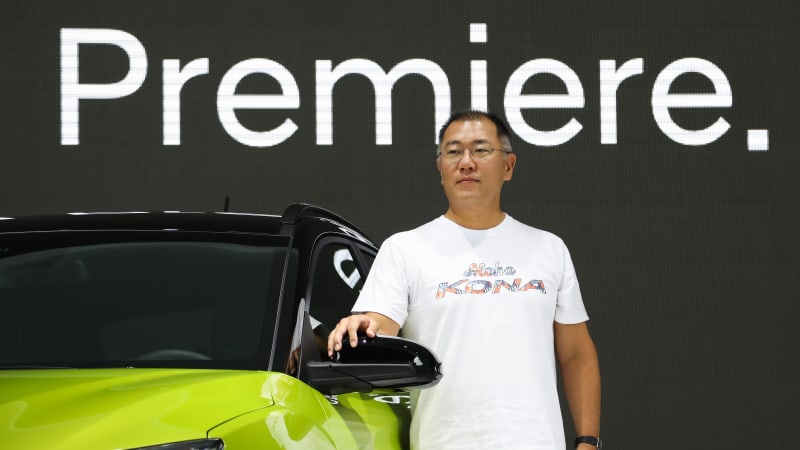 SEOUL — Hyundai Motor Group promoted heir apparent Euisun Chung on Friday to a role of overseeing the conglomerate, moving him a step closer to succeeding his octogenarian father as head of South Korea’s second largest group.

Chung, 47, who will assist his father and group chairman Mong-Koo Chung, was appointed as executive vice chairman to respond to “deteriorating global trade issues and changes in competitive dynamics in major markets,” Hyundai Motor Group said in a statement.

Chaebols like Hyundai and Samsung Group, which have grown into global firms from the rubble of the 1950-1953 Korean War, are undergoing a transfer of power to third- or fourth-generation leaders.

The appointment also comes as Hyundai battles tumbling profits, mounting pressure from activist shareholders to improve its governance, and amid South Korea’s trade tensions with the United States that threaten to disrupt its production plans.

“This is a good sign,” Park Yoo-kyung, a director at Dutch pension fund APG Asset Management, said of the appointment.

“This will enhance transparency about who is controlling the group and who is making key strategic decisions,” she said.

The junior Chung, currently vice chairman of the group’s crown jewel, Hyundai Motor Co, has stepped up in recent years, attending motor shows and government meetings with business leaders on behalf of his 80-year-old father who has made few public appearances.

Shares in Hyundai Motor ended up 0.8 percent on Friday, and affiliate Kia Motors fell 0.3 percent in a wider market that rose 1.4 percent.

Chairman Chung, the all-powerful boss, has presided over Hyundai for about two decades, transforming the company into the world’s fifth-biggest car maker along with Kia Motors.

Hyundai is now struggling to reverse slowing sales in China and the United States, where the company has suffered due to its delayed response to booming demand for SUVs.

The appointment is part of an effort to “improve future competitiveness and secure future growth engines” at a time when the auto industry is undergoing major changes, the group said.

The junior Chung has led the group’s efforts to develop future vehicles such as autonomous and connected cars, as well as Hyundai’s fledging premium brand Genesis.

“Hyundai Motor will actively try to transform itself from a car manufacturer to a provider of smart mobility solutions,” he said in a speech at an event in India last week.

A major challenge for the younger Chung will be how to consolidate his holdings in the group.

Hyundai Motor Group in May shelved an ownership restructuring plan that would have tightened the family’s grip and paved the way for a succession. The plan had been opposed by U.S. activist hedge fund Elliott Management.

South Korea’s government has called for reform of the country’s family-owned conglomerates in the wake of a graft scandal that led to the ouster of a president, as well as the arrest of the Samsung Group chief.