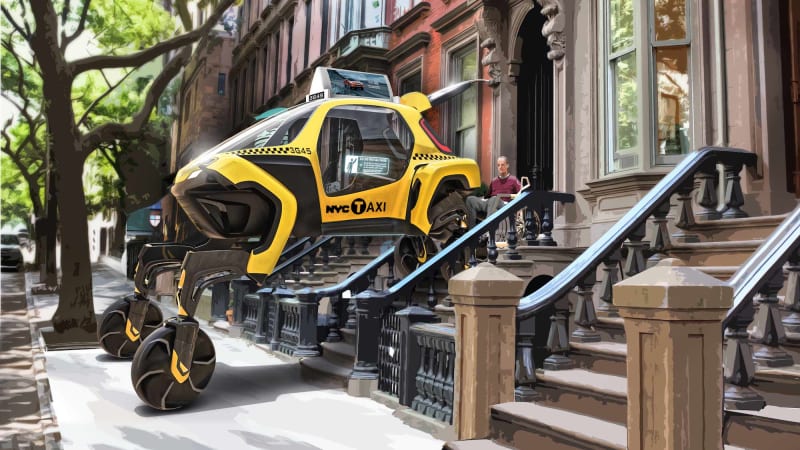 is piecing together a prototype on the

carmaker’s Electric-Global Modular Platform (E-GMP). Suppliers have been asked to provide parts, and according to “sources in the automobile industry,” the first working example will be ready come this December. Labeled with the code “NE,” the bodystyle is described as a compact SUV, with a range of around 450 kilometers on a charge. That’s likely a WLTP-based figure; the

64-kWh battery can power that small

assault on this year’s Consumer Electronics Show was the

— a Transformer that turns into a “

AT-AT. The mountain-climbing contraption was built on the E-GMP platform. In conjunction with the Elevate, Hyundai announced that one component of its future mobility roadmap was to “introduce

built on [the] new dedicated platform,” which would signal a move away from models like the Kona EV and

. The IDA combines the driveshaft and wheel bearing assembly, said to

make for a stronger component

and a “quieter and more stable driving experience.”

According to a Hyundai exec, a primary benefit of the E-GMP will be in offering customers “customizable features, allowing drivers to alter space and configuration more efficiently.”

says a concept of the coming EV will be revealed in June next year. By hewing to the general trend for Hyundai to start

six months after the concept reveal,

believes the production EV “will enter mass production by early 2021 as planned.” That strikes us as absurdly optimistic, since Hyundai’s still gathering parts to build a prototype, and a new EV on a new platform will require more than one year of testing. Whenever the NE arrives, it will be an important part of Hyundai’s plan to put