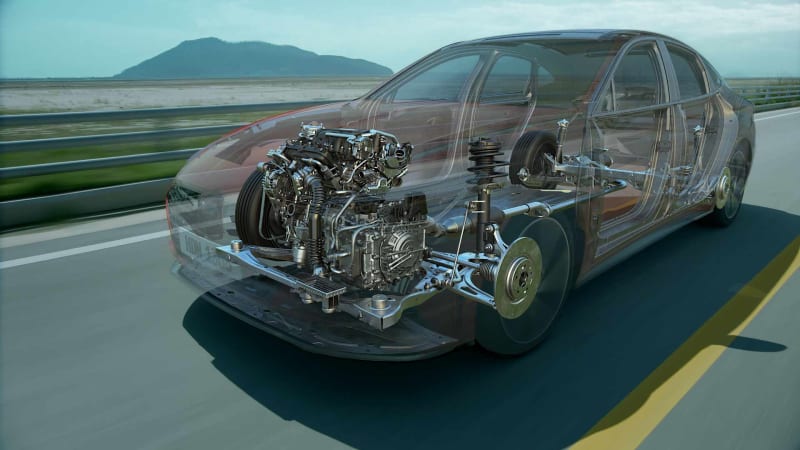 A new technology from Hyundai Motor Group places another marker on the march to more efficient internal combustion engines.Called Continuously Variable Valve Duration, the innovation permits two options for how long the intake valves remain open during the combustion cycle. The feature adds a third take on valve chicanery, atop variable valve timing that changes when valves open, and variable valve lift that changes how far valves open. Hyundai says the feature returns a 4% improvement in performance, a 5% increase in fuel economy, and lowers emissions by 12%.

Hyundai applied for two patents on the valvetrain process in South Korea in 2011 and again in 2015. The altered valve duration in this latest iteration is made possible by two movable arms inside the camshaft. Each arm is anchored at its base to a pin at the center of the camshaft, while the end of each arm extends toward the edge of the camshaft. Changing the position of the pin in the center of the camshaft changes the angle of the arms relative to one another, which moves the camshaft along its mounting rod. Voila, a new intake cam profile that either lengthens or shortens valve overlap.

The first engine to boast the new tech is the Smartstream G1.6 T-GDi four-cylinder, which produces 180 horsepower and 195 pound-feet of torque. It will appear in the 2020 Hyundai Sonata Turbo going on sale in South Korea later this year. Being an evolution of the Gamma engine family found throughout Hyundai and Kia lineups, we’ll undoubtedly see it here in the future.