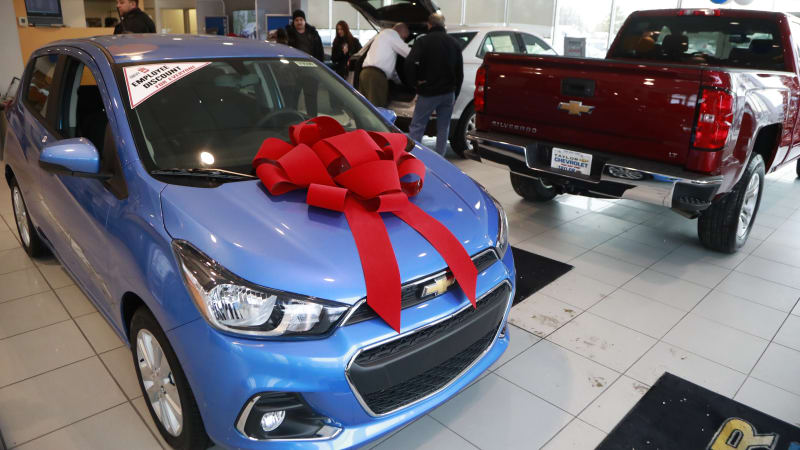 U.S. auto sales are expected to drop 1.5% in June from a year earlier, as higher prices continue to keep buyers away, according to industry consultants J.D. Power and LMC Automotive.

The consultancies estimate total U.S. vehicle sales of about 1.47 million units in June, with retail sales of new vehicles expected to drop 2.9% to 1.15 million units.

Demand for new vehicles was affected by higher prices, outweighing the strong economy and record-high consumer sentiment that otherwise should have boosted auto sales growth.

“Average transaction prices set a record during the first half which has big implications for manufacturer revenues,” Thomas King, senior vice president of the data and analytics division at J.D. Power, said in a statement.

Average incentive spending per unit for the first six months, however, fell about $130 to $3,788, compared with a year earlier.

“A much more dovish Fed is under pressure and is now expected to make a series of interest rate cuts. This will provide support for auto sales in the second half of the year and help offset rising vehicle prices and the current level of incentives,” Jeff Schuster, president of LMC Automotive’s Americas operations and global vehicle forecasts, said in the statement.

The average number of days a new vehicle remain with dealers before being sold to a retail customer are 75 days through June 23, up six days from a year earlier.

But sales of used vehicles are getting a boost, offsetting challenges in new vehicle operations for many dealers.

Used vehicle sales at franchised dealers are expected to increase by nearly 9% in the first half, according to the consultancies.

LMC Automotive, however, maintained its forecast for total light-vehicle sales of 16.9 million units in 2019, a 2.1% fall from the previous year. (Reporting by Rachit Vats in Bengaluru and Nick Carey in Detroit; Editing by James Emmanuel)