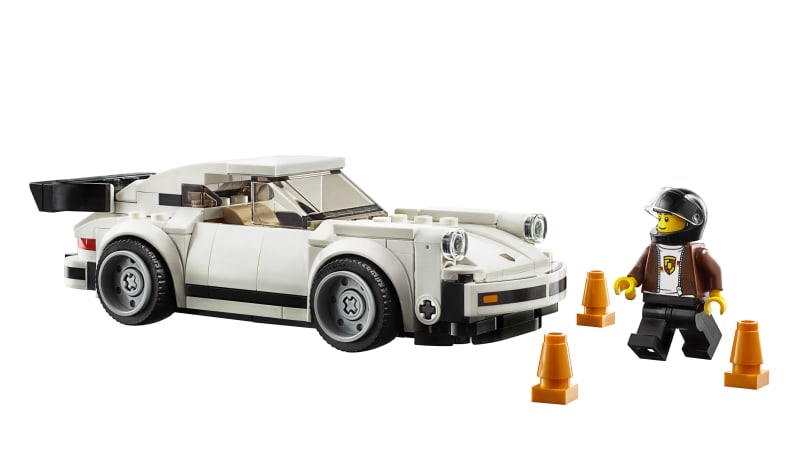 It’s amazing how LEGO, a toy brick maker whose products would appear to be best suited for re-enacting vehicles such as the

, keeps churning out car models known for their shapely curves and have them clearly resemble the real things. Take for example this 930-series Porsche 911

3.0: The car is all about the wide rear wheel arches and whale tail spoiler, and yet the design can be reasonably well conveyed in brick form.

model depicting the 1974 classic will be made available starting in August. It takes 180 pieces to put it all together, and the accompanying driver figure, wearing a brown leather jacket and a Porsche logo shirt, is placed behind the wheel by removing the windshield. There are nice 930 touches such as the wide-lipped wheels that have stretched-looking tires, and the very-very-1974 safety bumpers. Otherwise, it’s also recognizably a 911, thanks to the round headlights that frame the sloping front trunk lid.

And of course, while a project-condition 911 is cheaper to buy than a car that needs nothing, even in Turbo form, this one is among the cheapest at just $14.99 when it hits the market. We imagine it also handles far more predictably than does the 1:1-sized 1974 original.