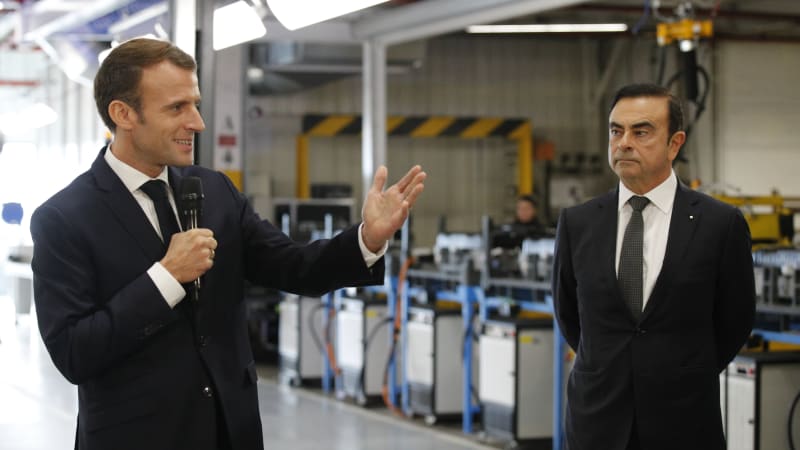 TOKYO — French President Emmanuel Macron on Wednesday called for further synergies and alliances to strengthen the Renault-Nissan partnership in a global market.

“The Renault-Nissan alliance is a jewel in the industry,” Macron told French expatriates in Tokyo.

“We created a giant which we must not only preserve but develop synergies and alliances to strengthen it in the face of international competition.”

His comments appeared to leave open the possibility both of a deeper integration of the 20-year-old Renault-Nissan alliance, which has been shaken by the scandal over its former chief Carlos Ghosn, and tie-ups with other manufacturers.

Last month, Renault and Italian-American group Fiat Chrysler Automobiles (FCA) announced they were in merger talks. But the discussions were called off after FCA grew frustrated with the role the French state was playing, especially its need to secure agreement from Nissan over how to move the merger forward.

Since the break-off of the FCA talks, Renault executives have been looking to rebuild ties with Nissan, which is keen to reduce the influence the French state has in the alliance via its 15% stake in Renault.

Renault owns 43% of the Japanese automaker, which in turn holds a 15%, non-voting stake in its partner.

Nissan on Tuesday threw cold water on hopes for a quick fix to strained relations with France’s Renault SA , saying inequality between the partners could unravel their two-decade-old automaking alliance.

Macron said on Wednesday France would remain vigilant that Carlos Ghosn’s presumption of innocence and the former Renault-Nissan leader’s rights to defend himself in a Japanese lawcase are respected.

“It’s not up to the French president to interfere publicly in a judicial case,” Macron said. “Japanese justice is independent.”

“We will be vigilant, just like with all our citizens across the world who have to answer to the law, through consular activity, so that the defendant’s rights and presumption of innocence are respected in that case.”