By doylestownauto on December 4, 2019 in Audi repair shop 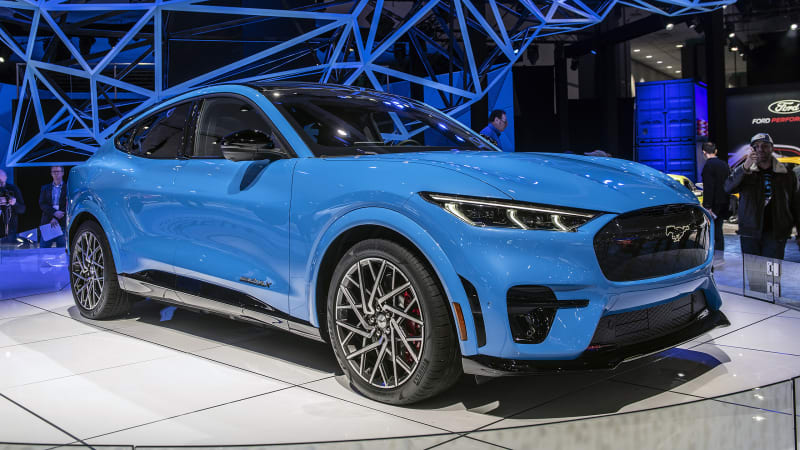 So far, the Ford Mustang Mach-E has already proved itself a success for the Dearborn automaker. After livestreaming the debut to 140,000 online watchers, the recording of the debut has been watched online more than 6.5 million times, and 1.6 million visitors have landed at the Mach-E website. Ford’s U.S. marketing chief told the Detroit News the company has never seen those kinds of numbers. Furthermore, conquest buyers are heading to Ford dealerships a year before the first of the electric crossovers are due on the market; a dealer outside Phoenix said two-thirds of the 47 people who’ve made reservations with him are new to his dealership, some also new to electric cars. In an attempt to keep customers happy once the traditional car shopping experience begins, CarsDirect reports that Ford wants to forbid dealers from advertising the Mach-E below MSRP.

The revelation came out of a dealer bulletin, Ford explaining the restriction by saying it wants to “be competitive in the battery electric vehicle space by transacting in the way customers want to transact.” CarsDirect thinks that could be a reference to Tesla’s ‘the price is the price’ method of selling cars. It could, however, simply note that most customers don’t like haggling, and detest bait-and-switch advertising that (effectively) lures shoppers to dealerships.

Since dealers are franchisees and can advertise any way they wish — such as the recent guns, Bibles, and flags promotions — Ford can’t prevent dealers from advertising below MSRP; so-called Minimum Advertised Pricing is voluntary. And the dealer can sell the crossover for any price he or she can get, above or below MSRP. But dealers that toe the line on advertising will be rewarded with one of three planned allowances. In the beginning, at least, the first of Ford’s allowances pays an amount for each Mach-E delivered, the second is a reward for adhering to the advertising prohibitions, the third is an incentive for a dealer maintaining certification to sell EVs.

With the Mach-E being a critical launch in a segment that OEMs are still getting up to speed with, and the Tesla Model Y due around the same time the Mach-E Select trim arrives, Ford wants to remove as many potentially sour elements as possible for customers and for dealers.

Elon Musk, in day 2 of testimony, says he wrote ‘pedo guy’ tweet ‘off the cuff’
Ford tells dealers not to advertise Mustang Mach-E under MSRP