By doylestownauto on January 12, 2019 in Audi repair shop 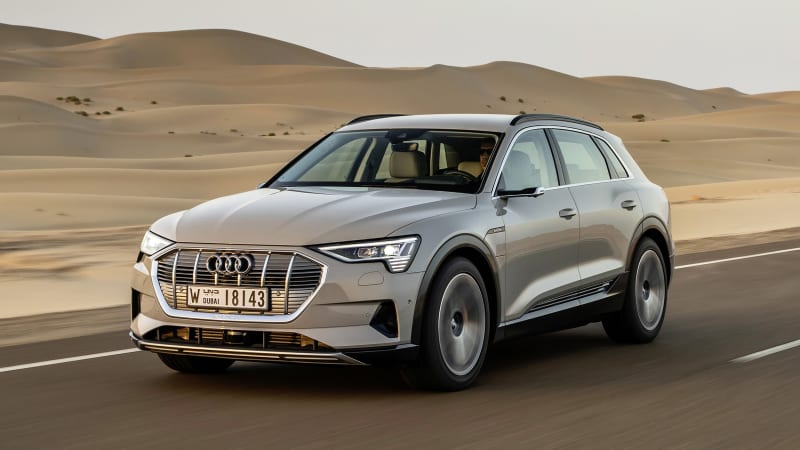 During the past several months we’ve seen what the Germans describe in their news releases as a “product offensive,” as though there is something profoundly militaristic about going to market with some serious product.

Mission E got its official name, Taycan, in 2018, though it is not to be on the market until 2020. It is rather amusing to know that this is considered to be something of a “

killer” given that the

, the car that the Taycan is presumably going to take out, was launched in 2012, so arguably it could die of old age first.

Then there was the introduction of the

, which is, presumably, the

killer. The Concept EQ is to start production in 2019.

showed off its Vision iNext Concept, which is to go into production (well, a version of it, anyway) in 2021.

first unveiled the production E-Tron — another crossover, so that Model X is really going to have problems — this past September in what is essentially Elon’s backyard, San Francisco, and perhaps trying to prove that it, too, is somewhat contrarian like Musk, it invited journalists for the first drive in the vehicle in Abu Dhabi, because the next-door neighbor of the United Arab Emirates is Saudi Arabia, which is somewhat synonymous with oil.

brand (and Volkswagen Group), which continued in 2018 to release more and more information about the I.D. model vehicles, which are going to be based on an electric-specific platform, MEB, and which are going to come in all shapes and sizes, so even were Tesla to expand the offerings in its shopping mall storefronts by a geometric number,

would undoubtedly have something to counter it.

German semiconductor company Infineon, which also makes controls for power electronics, decided to see how receptive the Germans are to

, so it contracted with Statista to survey people in the country with

Looked at from the standpoint of demographics, the question might have been, “Do you stream your music or buy CDs?” because there is actually a definite correlation with age and acceptance. That is, in response to the question “Is the purchase of an all-electric car basically an option for you?” the biggest cohort saying “yes” were ages 30-39 — 79 percent of them, followed by those ages 18-29, at 77 percent. That first group is probably the most interesting to the German OEMs because not only do those 30-something have driver’s licenses, they undoubtedly also have jobs.

One question that the Infineon study asked was, “What kind of power generation would you be willing to accept if the plant was located up to 5 km from your home?” The responses were: 67 percent solar, 49 percent wind, 43 percent hydro, 28 percent biomass, 7 percent nuclear, 5 percent open-cast coal mine, 11 percent none of the above.

As for the power issue, which may become more of a concern in the U.S. when (if?) the number of electric vehicles increases beyond, mainly, those with a “T” on the front, the Germans are quite serious about considering the implications of electric vehicles on the electrical grid. According to Peter Wawer, Division President Industrial Power Control at Infineon, “The biggest challenge in switching from combustion engines to electric motors is to set up a charging infrastructure, and to upgrade existing power grids. In Germany, these are not yet sufficient for the higher performance required by e-mobility. Especially if the grid is also to tolerate a higher proportion of renewable energies.”

That said, Wawer pointed out that in Germany, “All passenger transport could be powered exclusively by renewable energies.” That is, there were 143 terawatt hours (TWh) of renewably generated electricity produced in Germany in 2017. That would be enough electricity to power 47.7 million vehicles. And there are 46.5 million vehicles presently registered there.

Ford plans to cut 1,150 jobs in Britain, says Union
Dalmation puts RV into reverse and into lake at boat ramp