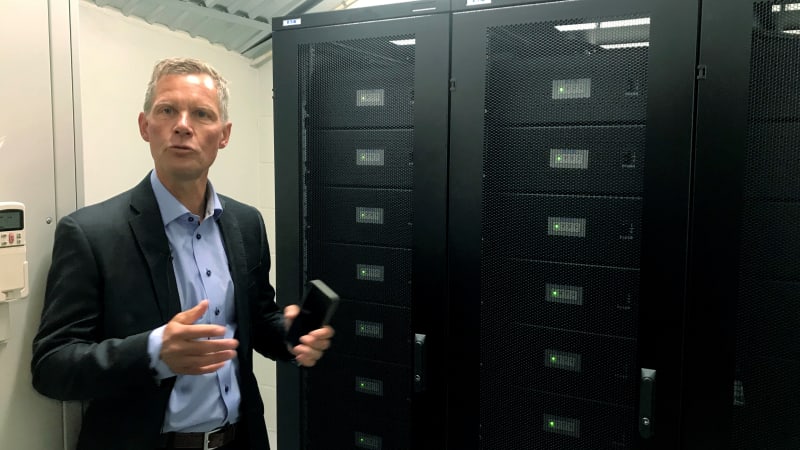 OSLO, Norway — U.S. industrial conglomerate Eaton, which uses second-hand Nissan electric vehicle batteries to power buildings, is in talks with up to six European football stadiums to help power their facilities, according to a senior executive.

Eaton, a New York-listed firm that makes hydraulics, truck transmissions and other industrial products, says the market is niche but expects it to grow up to 20 times between now and 2022.

In Europe, Middle East and Africa, Eaton estimates the potential market value to be $2.3 billion by 2025.

What to do with the used batteries of electric vehicles is becoming a growing concern as their use expands with that of electric cars, which accounted for 1.5% of the 86 million cars sold globally last year, according to researchers JATO Dynamics.

Eaton takes the cells from the batteries of Japanese carmaker Nissan’s returned Leaf electric vehicles and repackages them into new units, a product it calls xStorage, to store power in buildings, both industrial and residential.

It has already equipped the Netherlands’ Johan Cruyff Arena, the legendary home of the Ajax football team, among other buildings, with what it calls “second-life batteries.” Its latest project was in Oslo’s Bislett athletics stadium in Norway, which is partly powered by solar panels.

“The football stadium community is interested. From significant ones, (we are talking) with 5-6 stadiums in Europe.” Eaton’s senior vice president Craig McDonnell said in an interview on the sidelines of a presentation at Bislett stadium.

With the exception of Tesla, which it sees as a competitor in the storage business, the firm is also talking with other automakers to expand its offering. McDonnell declined to give names.

Eaton says its xStorage solution is 20% cheaper than a new battery, and every Nissan Leaf car can produce four such units.

It is among the large-scale commercial ones in the developing market, with other projects run by German automaker BMW which supplies second-hand batteries from its i3 electric vehicles to store wind-farm produced electricity.