Happy summer solstice, everyone! To celebrate, we have a particularly unusual eBay find connected to the

. A seller has leftover inventory of

. The seller says they came from a since-closed Indiana company, and they’re clearly inspired by another

part and even a

concept that never saw the light of day.

We’ll start from the beginning:

. It was a concept that came out about the same time as the original

concept, and it was clearly based on the same platform, featuring a small two-door body and a long nose. It also had unashamedly retro Nomad wagon design cues and cues from the original

. The car never saw production, but clearly people were interested in having a wagon-like 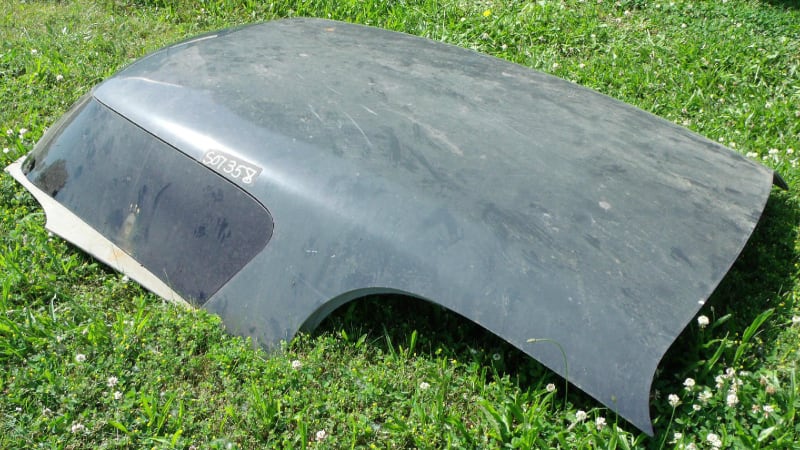 That brings us to the next bit of history with

We saw a prototype in person

, and the overall shape seemed to fit the car — and the wraparound window design certainly seemed Nomadic. Besides the unique look, the hardtop and its functional hatch made the Solstice roadster’s miniscule cargo space far more usable. It doesn’t appear many of the tops were sold, though.

These tops on eBay look very similar to the EDAG tops, though it’s not clear if they’re a direct replica or something similar. Being that the parts are leftover inventory, the seller notes that some of the tops may be missing pieces for installation, so only those who are handy with bodywork and fasteners, or who are able to lean on someone who is, need apply. Even with some extra work, if you really want a Solstice shooting brake, this is likely easier and cheaper than commissioning a shop to custom-build a roof for your. If you’re interested,

check out the link