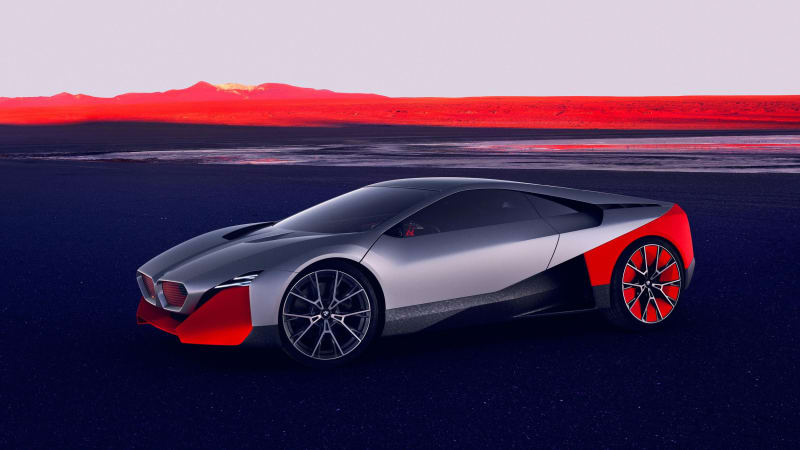 in ways no automaker has yet permitted. At the same time as the reveal, the Munich carmaker published a page

with a 3D-printing data set

, wallpapers, a poster, and a sound file of the Vision M Next under acceleration. That first technical bit will allow anyone with a 3D printer to put an accurate model on their desks, and in any size; BMW didn’t restrict the scale, so anyone with an industrial-sized printer could create a life-sized model.

It’s too bad the source code is off limits, else makers could print the coupe’s Electric Orange components separately; the day-glo sections represent where electric motors reside. BMW does advise to print the rims separately from the bodywork — the model comes programmed that way — saying, “It will improve the outcome significantly.” We can only hope there’ll be more such gifts on the way, perhaps the interior and its Memory Foam seating and three-layer instrument cluster, or the as-yet-unknown 600-horsepower powertrain with four-cylinder engine.

to create “BMW IconicSounds Electric.” That will be the library of “gradually morphing sound textures” for

that replace the snarl of an ICE exhaust, intended to bond a driver with his car. From the single 18-second clip, it’s clear BMW will gets its money’s worth. The snippet sounds like something taking off from another galaxy in a distant century. The future just got more fascinating.