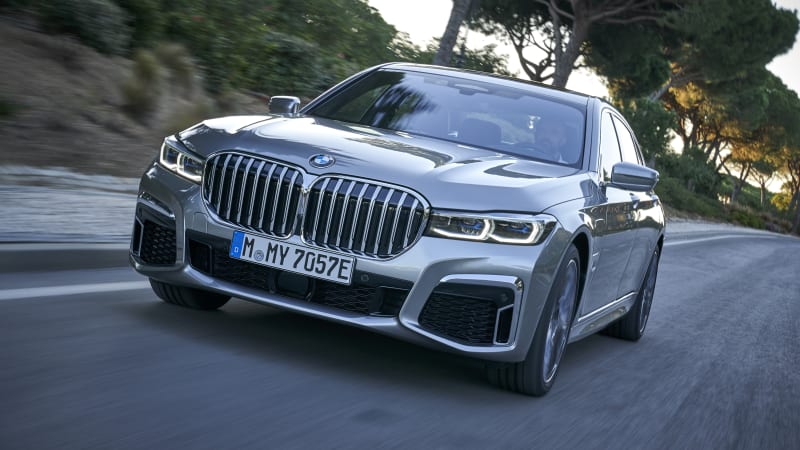 When you’re behind some of the most controversial BMW features in recent years, it’s probably not an easy job to defend them from critics. In an interview with the Australian outlet Motoring, BMW design chief Adrian van Hooydonk discussed the big kidney grilles on the current 7 Series and X7, saying that the backlash was “more or less” expected but that the criticism has still gone bone deep.

While past 7 Series have not been wallflowers in terms of design, and especially wide kidneys already debuted on the E32 generation 750i V12 in the late ’80s, the newest 7 Series has been likened to a car mounted to an enormous grille instead of vice versa. But the heavy front-end design is justified, according to the design boss: The design brief for the face-lifted 7 included differentiating it significantly from the smaller 5 Series, and the grille size was a big part of that. The X7 also features a very big grille, but van Hooydonk says it’s proportional to the rest of the big SUV.

Van Hooydonk says most of the criticism also stems from Europe, where sales of the 7 Series aren’t that significant compared to China or the U.S. market. “The 7 has always been the hardest to bring the expectations of the entire world into one shape. The customers are very, very different in China, the U.S., the Middle East and in Europe,” said van Hooydonk. In other words, it’s a real challenge to please clients globally — making a car that will stand out in China, for example, but that will not alienate European customers who traditionally have more reserved tastes.

“In Europe, people don’t want to get noticed. They don’t like being asked what they paid for a car and they like things in black like a stealth mode. … The rest of the world is the opposite. We tried to give the Europeans what they want as well, but the strongest market for the 7 is not Europe.”

Van Hooydonk also hinted that the next-generation car might feature a less polarizing design. “For the next-generation 7, our job will become slightly easier.” Still, global sales of the 7 Series have gone up after the latest nose job — it seems the car is definitely paying the bills for BMW.

BMW says electrification is overhyped, diesel engines have at least 20 more years
This cordless tire inflator is 37% off for the next 4 hours