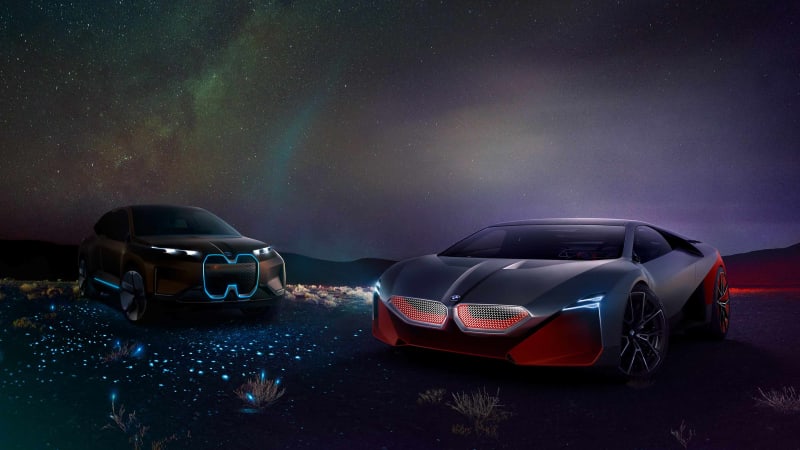 Hans Zimmer has scored movies for nearly 40 years, from the quiet drama of “

to the “Bayhem” of Michael Bay’s “

Transformers: Revenge of the Fallen,”

and won every major award for his work.

and concepts, starting with the Vision M Next.

Working with BMW acoustic engineer and sound designer Renzo Vitale, the pair will begin to create the sound library dubbed “BMW IconicSounds Electric.” That’s the brand name for the range of audio intended to create an emotional bond between a driver and his

. Said BMW brand VP Jens Thiemer, “[a driver] will be able to experience the joy of driving with all their senses.”

and Los Angeles. We don’t yet know what how that score affects the ear — it’s likely we’ll hear it soon — but the ambitions are cinematic. Vitale said the two men “envision sounds that celebrate the beauty and complexity of our vehicles and that are able to move people,” and that “re-create sense of wonder through sound.” Vitale claims influence from artistic installations composed of light by James Turrell and Ólafur Elíasson, while ZImmer said his goal is that “Accelerating becomes an experience during which the driver moves through a series of gradually morphing sound textures.”

European laws mandate all electric vehicles produce noises audible to pedestrians as of July 1, but the BMW IconicSounds Electric project appears centered on the interior and the occupants. And while “gradually morphing sound textures” seems cool, we wouldn’t mind if BMW offered an optional audio pack with snippets of Zimmer’s work on films like “

.” Who wouldn’t enjoy a spirited Saturday drive mixing their Vision M Next with a little “