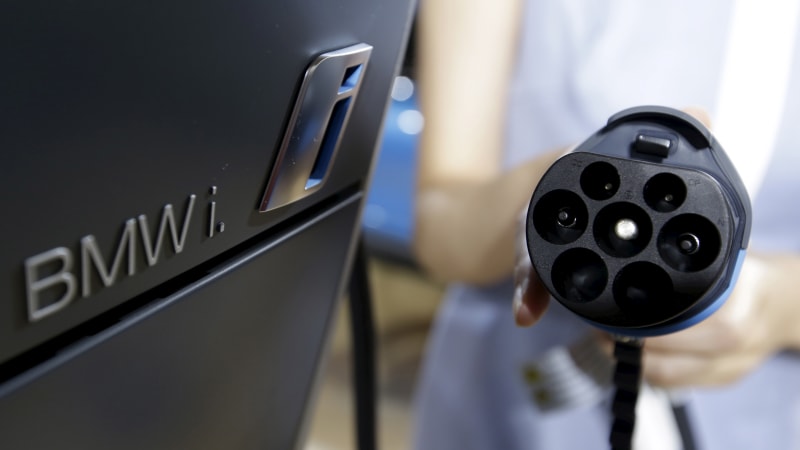 In addition to showing off its

announced today that it has accelerated its

rollout schedule, and it projects massive increases in

sales in the coming years. The German automaker also announced technology for its future

“By 2021, we will have doubled our sales of electrified vehicles compared with 2019,” Harald Krüger, chairman of the board of BMW AG, said in a statement.

hatchbacks globally, and again confirmed that the all-electric

at its plant in Oxford, U.K., later this year. The BMW iX3 will follow in 2020, built at BMW’s plant in Shenyang, China. In 2021, the iNEXT will be produced in Dingolfing, Germany, and the i4 in Munich, Germany.

In addition to these fully electric vehicle launches, BMW has big plans for plug-in hybrid technology. A so-called eDrive Zones function will be standard on all BMW plug-in

starting in 2020. This tech will force vehicles to shut off their internal combustion engines and rely solely on electric power in cities that establish emission-free “green zones” anywhere in the world.

A pilot eDrive Zone is already in the works at the BMW’s Electric City Drive, a pilot project between the German automaker, the City of Rotterdam and Erasmus University.