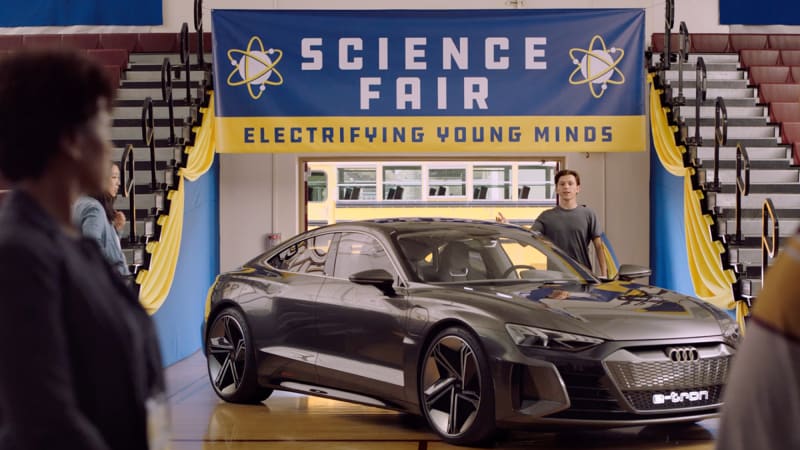 Being Spider-Man has its perks and advantages. It’s great for avoiding traffic and quickly getting around the city and even better for upside-down kissing. It’s also useful for calling in a favor that takes a science fair project from a C- to an A+.

As part of promotional rounds leading up to “

released a digital short (PR talk for long online commercial) that features Peter Parker (Tom Holland) and Ned (Jacob Batalon) at their school’s science fair. As they enter the gym under a banner that says, “Electrifying young minds,” they quickly realize their small electric motor isn’t going to be enough to compete with the other projects and impress their teachers. Parker commenting, “I really think we could win this” flips into Ned saying, “Dude, we’re in trouble, these are insane!”

Intimidated by their classmates’ use of lasers and smoke, Parker turns to his connections for help. He calls Agent Thomas and explains his desperate need for the greatest electric motor of all time, aka “2025,” aka the

. After some reluctance, Thomas agrees when Parker promises to do a swing-by at Thomas’ son’s birthday party.

into the gym to use as an example of the application of an electric motor. Watch the full promo above. The new Spider-Man drops July 2, 2019.

Another Ford GT is coming, and this is it
Audi E-Tron GT concept and Spider-Man co-star in ‘Science Fair’