as a hybrid in spy shots

, we’ve seen it in official JLR spy shots while

where it will be built

when it will be revealed

— although it was sorta-kinda just revealed, at least in Lego form.

So says Bob of Bob’s Vintage Bricks, who tweeted the image.

What does everyone think to the new LEGO 42110 Land Rover defender? 🤔 pic.twitter.com/LiU4L7auXC

, which tells us that the kit will be a 2,573-piece Lego Technic “replica of the legendary utility vehicle.” The kit is said to come with working steering, four-speed gearbox, three differentials, working suspension — and even a working front winch.

But rather than a replica of the legend, it seems more like a model of the legend-to-be. Flared wheel openings, bluff grille, badge placement in a bar in the grille, overall boxiness — it all seems pretty close. Since we’ve only seen the Defender wrapped, the white roof is a new bit of information. It’s a two-door, but we have seen two-doors in testing (gallery below). 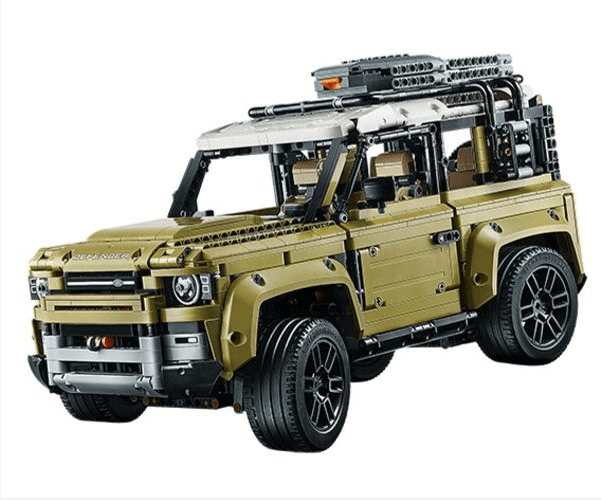 But the most telling hint is this: The kit is said to be coming out in October, and we know the Defender reveal is happening in September. So the pieces all fit, as it were.

Here is a reprise of some Defender galleries we’ve had, for your comparison purposes …

Another brick in the wall: Lego offers latest clue to new Land Rover Defender
Vettel not feeling pressure despite 15 races without a win