America has a truck driver shortage, and Sikhs step up to fill it 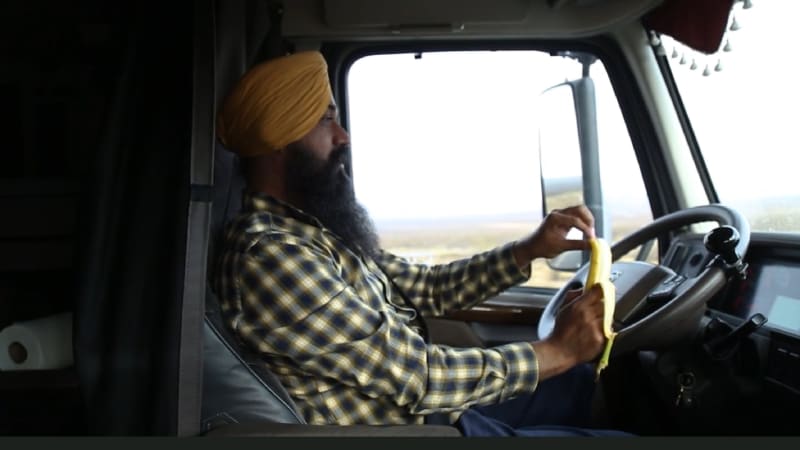 America faces a growing shortage of truck drivers, with the latest figures saying more than 50,000 drivers are needed. The problem filling the gap is that company truckers — as opposed to owner/operators — work their heinies off far from home for low pay, which is why industry turnover last year was 96 percent.

A story in the Los Angeles Times

reports on an unlikely group helping to keep that situation from growing worse: Sikhs. The religious adherents to Sikhism began coming to the U.S. in large numbers in the 1980s, fleeing persecution in

to Class 8 tractors, with

more than 30,000 climbing behind the wheel

in the past three years. The trucking population has grown dense enough for the

to refer to a “Punjab Highway,” after Punjab state in India where Sikhs are the majority community and where they dominate the trucking industry.

refers to stretches of cross-country interstate where increasing numbers of Sikh-owned truck stops serve Indian food and offer temples. On a side note, when I drove a truck in 2017, I would stop at the Indian restaurant at the Akal Travel Center just west of Laramie, Wyoming, on the I-80 for real-deal Indian food. Since then, I’ve seen Akal stops pop up in New Mexico and elsewhere in Wyoming.

In spite of decades in the U.S. and in the trucking business, Sikhs often get confused for Arabs because of their turbans and long beards, and still get occasional guff from dyed-in-the-flag truckers.

he’d been against anyone in a turban or looked mildly like an Arab since 9/11. But after Sikhs showed up at a Washington, D.C., rally to help fight for an industry issue, the American’s viewpoint changed. “[When] they showed up [for the D.C. protests] and they wanted to shake our hands and thank us for being there, and seeing how many of them showed up, I would say it was four-to-one they outnumbered us proud loud-mouthed Americans. … I really feel like a piece of crap for feeling and thinking the things I’ve felt over the years. I’ll never feel the same way about them again. I’d defend them with everything I’ve got if I had to.”

there’s no idea of “my country back home. If you live somewhere, you defend that place. … Since I’m living here, this is my land. It’s a defensive instinct.”

Head over to the LAT

for the rest of the story, and a glimpse of one group successfully holding onto a corner of the American Dream.

Junkyard Gem: 1999 Mercedes-Benz C43 AMG
America has a truck driver shortage, and Sikhs step up to fill it