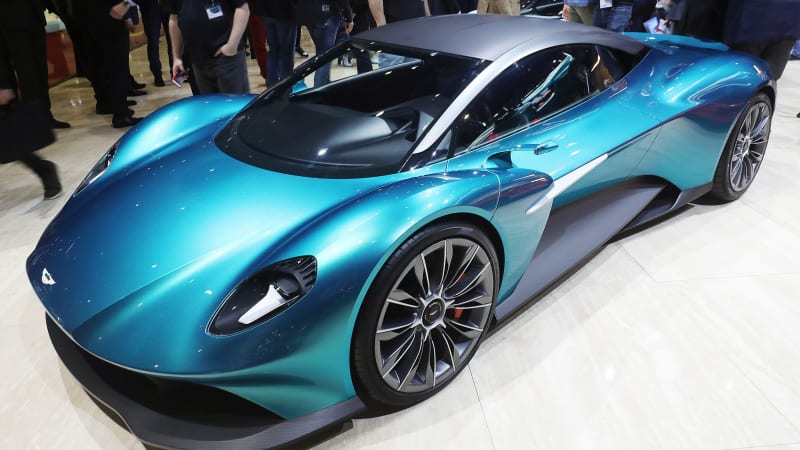 The retail versions of the

Valkyrie and Valhalla remain a ways off, but carmaker CEO Andy Palmer but has given us something to look forward to beyond the flagship hypercar and its baby brother.

would be offered with a manual transmission. The pledge fulfills Palmer’s previous statement “that I want to be the last manufacturer in the world to offer manual

, and I want to honor that commitment.”

There’s at least one potential caveat with this: The seven-speed dogleg manual transmission recently released for the

in power numbers. The gearbox, developed with transmission maker Graziano to work with the Mercedes-AMG-sourced 4.0-liter twin-turbo V8, cut torque to 461 pound-feet compared to 505 lb-ft in the automatic-equipped coupe. The detune added 0.3 seconds to the 0-60 mph time, but we’re confident buyers were happy with the compromise and tech bits that allowed full-throttle upshifts and rev-matching downshifts.

The Vanquish will use an electrified, twin-turbocharged, 3.0-liter six-cylinder developed in-house at Aston Martin. Even so, with a lot more power and torque expected in order for the Vanquish to stand above the

The Valhalla, which will use the same engine as the Vanquish but is predicted to pack around 1,000 hp, will forgo the manual. Palmer told Car Sales, “that car will only come with a paddleshift transmission.”

As with the Ferrari, but unlike the McLaren and the Lamborghini, the

Vanquish gets a bonded aluminum tub

instead of carbon. Aston Martin designed carbon tubs for the Valkyrie and Valhalla for “owners happy to sacrifice comfort for ultimate speed.” Palmer explained the

drove the choice for aluminum, which permits a lower, narrower sill for easier ingress and egress. Having two architectures is more expensive for the small company, but Palmer explained, “Unlike McLaren we’re not trying to stretch the same assets over and over again. Our approach is … hopefully … a more compelling way of addressing a customer’s needs.”

When the Vanquish is unveiled in 2022, the price should start at around $450,000, putting $300,000 in daylight between it and the current Vantage. Variants to follow include the sun-kissed Volante convertible and the obligatory hardcore AMR model.