By doylestownauto on July 10, 2019 in Audi repair shop 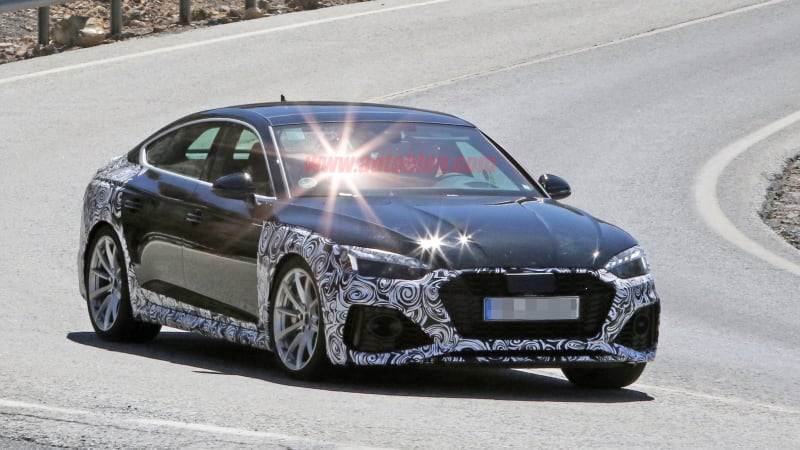 Audi recently revealed the updated 2020 A4, so it’s no surprise that an updated 2020 Audi A5 Sportback, or in this case an RS5, is on the horizon. One of our spy photographers caught this prototype RS5 testing on some mountain roads. The updates are mild, but they give the car a more aggressive look and make it more like the A4 models.

Starting from the front, the Audi hexagon grille has been stretched wider to match the look of other modern Audis. The inside edges of the headlights have also been tweaked to match the shape of the grille. The outboard grilles are still very large but now have pointed corners to the inside. It doesn’t look like they’ll be pushed right up against the main grille like on the current model.

Changes are even more mild across the rest of the car. The sides don’t really show any changes, which isn’t too unusual for a refresh. The rear is mostly the same, but the taillights have slightly changed elements and lenses. The rear diffuser looks slightly less aggressive, and it now features reflectors. The signature RS oval exhaust tips naturally stick around.

We’ll probably see this RS5 officially revealed fairly soon, since the updated A4 has already been shown. The twin-turbo 2.9-liter V6 will likely be unchanged and continue to make 444 horsepower and 443 pound-feet of torque. The interior will also probably look like the current model, but it should get the new touchscreen infotainment system like the new A4.