By doylestownauto on June 20, 2019 in Audi repair shop 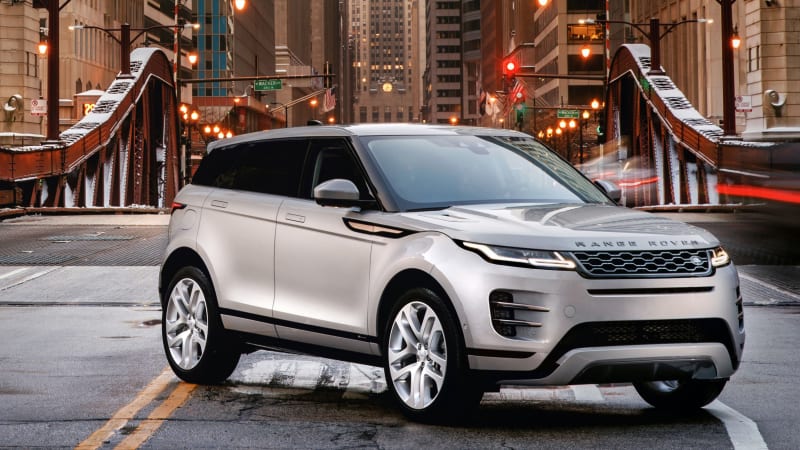 Despite being all new, the

. It’s roughly the same shape as before, though the lines have been smoothed and cleaned up, giving it a scaled-down

feel. The interior, too, is taken straight from the Velar, along with the handsome but finicky infotainment system. One of the biggest changes comes under the hood. The Evoque is the first

product to get the company’s

Unfortunately, our Evoque First Edition wasn’t equipped with the new powertrain, making do with Jaguar Land Rover’s 246-horsepower turbocharged 2.0-liter inline-four. Power is sent to all four wheels through a nine-speed automatic. A base Evoque starts at $43,695, but if you want the one-year-only First Edition model, you’re going to be shelling out at least $57,845. The package goes heavy on design, adding copper accents inside and out, a black roof and a fixed panoramic moonroof. Other features on our model include heated and ventilated front seats, a heated steering wheel, a heads-up display, dual-zone climate control, LED lighting and an upgraded audio system. A few small options include 21-inch wheels for $300 and adaptive suspension for $715.

There’s a lot to notice when it comes to the

Rover Evoque, but the interior struck me during my roughly 70-mile stint. The flat surfaces are simple and clean, and the big steering wheel adds a nice vibe to the cabin. In the middle are attractive heating and cooling knobs topped by the colorful infotainment system as the centerpiece. I was reasonably impressed by the ease of use of it all. I could find my favorite satellite radio stations and toggle to FM and AM for traffic. It’s a little challenging browsing for individual stations, though. I was able to turn up the heat on a 58-degree June morning and crank the air when the temperature hit the mid-80s in the afternoon. Apple CarPlay also launched easily. Simple is good. The seats are comfortable, and the viewability is excellent. The back seat is a bit cramped, which is to be expected, but the sunroof makes for an airy, relaxing experience. Overall, it’s an elegant place to spend time, and it feels like it’s worth this car’s $59,215 sticker price. That being said, the rest of the Evoque, despite its eye-catching styling, probably isn’t worth that kind of money.

This Evoque is brand new and

much better than the one it’s replacing. Some of the problems from the old car have been solved. Rear visibility is improved thanks to a super clear and helpful rear camera mirror. The infotainment system and HVAC controls are worlds more advanced than before, even if there are still little fumbles. For example, I drove for an hour without the option of turning the heated seats on. I stop, turn it off, then back on and

, the heated seats magically work. The old “unplug it then plug it back in” trick never fails. Issues like this seem to be common with cars from Jaguar Land Rover. Our old long-term

F-Pace had some similar issues from time to time.

It’s also more comfortable over rough roads than before, benefiting from Land Rover’s new Premium Transverse Architecture platform. Our tester is the First Edition launch trim level with all the luxury goodies, but it doesn’t have the 48-volt version of the powertrain and the additional power that comes with it. What you end up with is a fairly slow, small

. The nine-speed ZF transmission doing the shifting isn’t much of a joy to use either. It refuses to start in first gear when you want heavy acceleration. Even when you turn every setting in the car to the sportiest “Dynamic” setting, it takes off in second. First gear is selectable if you use the paddle shifters in manual mode, but you’re forced to sit through a long, slow climb to redline in second otherwise. Beyond this annoyance, it’s slow to react to your prodding foot, and hangs onto gears far longer than necessary following short bouts of acceleration.

I’m going to halfway disagree with Greg on this

. It’s got heaps and heaps of style, for sure. The hideaway door handles are super slick. The interior is minimalist and modern, particularly the dual touch screens. And the colors and materials are all cool and crisp.

But there are so many little things that annoy me that are also related to the design, starting with that gorgeous glass roof. It lets in loads of light and is unbroken by seams. But it also doesn’t open or vent, so you only get the sensation of airiness without, you know, air. Then there’s the entire center stack and console. The touchscreens are gorgeous, especially the integration with the knobs, but I had a heck of a time finding things such as the drive mode selector. Everything requires switching touch menus and taking your eyes off the road. I have a similar complaint with the multifunction buttons on the steering wheel that change use depending on what menu you’ve selected in the instrument panel.

In the case of the drive mode selector, it would have been nice to have it in a physical controller near the shifter. It’s not like there isn’t space. A giant rectangle has been set aside to border the big shifter handle without a single functional item around it. It’s also not like the shifter needs all that space, since it’s an electronic monostable unit. In fact, Land Rover probably could have used the circular dial that Land Rover and Jaguar have used for ages, which would free up some space.

And one last ergonomic gripe, the power seat memory buttons are angled and facing your knees. They fit the shape of the door quite nicely, and actually aren’t too hard to see or press. But multiple times my knee bumped into one of the buttons without me realizing until the seat suddenly began moving while I was driving.

All these gripes aside, I do have to admit the Evoque is still a gorgeous little crossover.