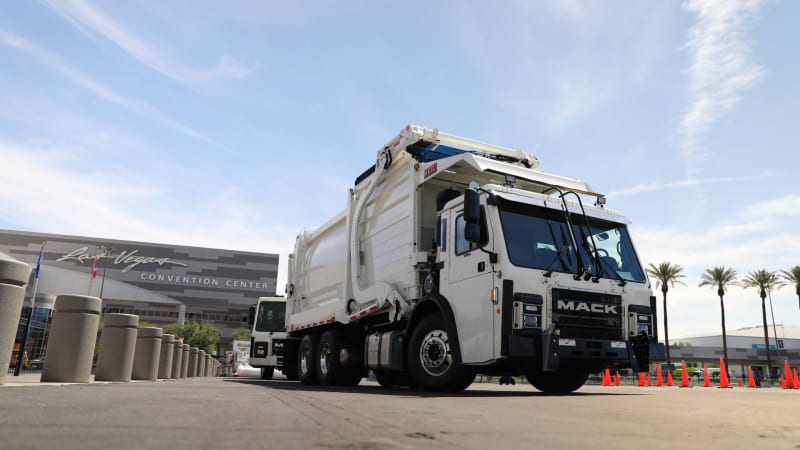 One of the joys of automotive passion is that it comes in endless forms. Whether an old Camry wagon stirs the soul or it’s a Porsche 911 that awakens the senses, there are niches for nearly every type of person. That includes garbage trucks.

Earlier this year, we wrote about a boy who developed a relationship with the workers who disposed of the household’s trash, and he’s not alone. The kids’ fascination with the garbage truck is just one example in a sea of similar circumstances. Kids just love garbage trucks, and The Atlantic recently wrote a piece exploring why.

Reporter Ashley Fetters went to extensive lengths to find out exactly what it is about waste vehicles that’s so particularly intriguing. She talked to kids, parents, workers and experts and collected potential reasons for the common connection. Some believe it’s the natural human draw to routine. Kids enjoy things they can rely on and count on, and waste workers never miss a stop.

Another guess is that kids simply enjoy knocking things over or emptying things out of containers. There’s a reason they have smiles on their faces when they’re dumping those Lincoln Logs out of the box or spilling the mac and cheese out of its bowl. A possible third reason could be the vehicles’ inherent uniqueness. Kids are likely drawn to dump trucks, fire trucks and garbage trucks because they’re so massive, look entirely different than any other car on the road, and have all sorts of attachments and moving parts. Children live off of curiosity, so it makes sense to find joy in wonderment about these weird noisy trucks with people hanging off the sides. Even that could be a reason. Who doesn’t like zipping through the open air?