By doylestownauto on January 16, 2020 in Audi repair shop 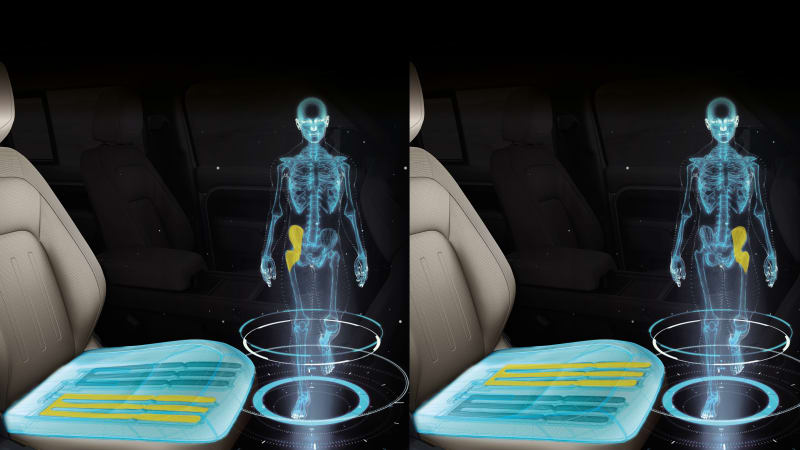 Habitually sitting too long can degrade a person’s health. Scientific research has proven that dormancy can increase the risk of obesity, diabetes, cardiovascular disease, deep-vein thrombosis, and metabolic syndrome, according to the Harvard Medical School. Although sitting can be avoided in many cases, such as using a standing desk at work, taking a seat is the only option when hopping in the car for a drive. Jaguar Land Rover (JLR) is hoping to address this negative aspect of cars with a new high-tech seat that the company says mimics the act of walking.

JLR calls the concept a shape-shifting, or morphable, seat system, and it is currently in a trial period with Jaguar Land Rover’s Body Interiors Research division. Using actuators built into the seat’s foam, the seat will constantly be in motion with micro-adjustments that can be tuned to the needs of different people and body types. JLR believes it has created a system that recreates what is known as pelvic oscillation, a motion that can supposedly trick the brain into thinking the body is walking.

In addition to helping to prevent internal health issues, JLR also notes that a sedentary lifestyle can degrade and shorten muscles in the legs, hips, and rear. If these muscles are worked on a regular basis, the chance and risk of injury and back issues could potentially be reduced.

The new seats are just one of many car interior technologies JLR has explored. In the past, we’ve seen tech that tracks brainwaves and heart rates, creates augmented reality, helps prevent motion sickness, and helps stop the spread of germs. They’ve also taken the time to have an expert demonstrate the perfect seating position. Most of this stuff is experimental for now, but it’s possible similar features could eventually trickle down to production cars, in time. See how the seat moves in the video below.