The 2020 Chrysler Voyager is a cheap Pacifica minivan 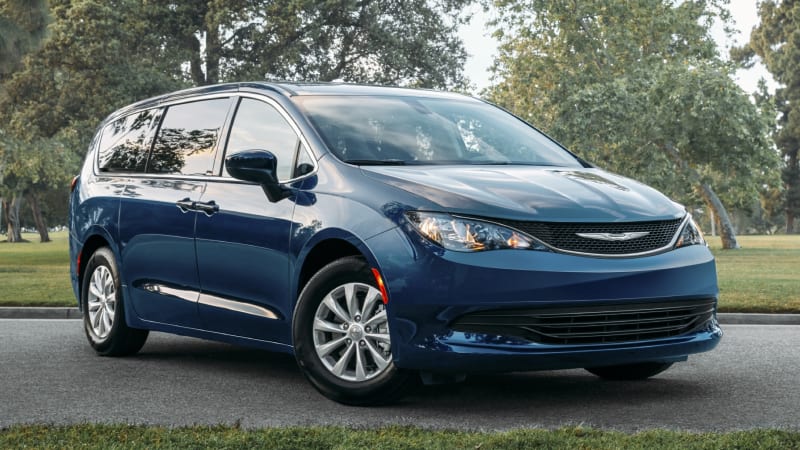 is back, baby. Yep, you read that right.

is leaning hard on the nostalgia button right now, and the age-old

nameplate has rowed its way back from its long voyage (sorry) out to sea.

We’ll be seeing the

name on a familiar vehicle, though, not a totally new minivan. You’re looking at photos of a

with a Voyager badge on it, because that’s essentially what the new Voyager is.

took the lower trim levels of the

and decided those would now be Voyagers. Higher trim levels of the Pacifica are still the Pacifica. To quell confusion, just consider the Voyager a budget-conscious Pacifica with a different name.

Specifically, both the L and LX trims of Pacifica will be Voyagers, and Chrysler is introducing a fleet-only LXi model with a leatherette (vinyl) interior for mass appeal to rental car companies and businesses with similar needs. Pricing for the 2020 Voyager hasn’t been announced yet, but the non-fleet version will probably start right around where the Pacifica L starts now at $28,730. That makes this more of a marketing play than an actual reduction in price. The Voyager is the cheap one, while the Pacifica is the expensive one. Simple as that.

than they do Pacificas every month, and it’s all down to price. Despite the Pacifica being leagues better than the old

— $38,540 for the Pacifica, versus $24,972 for the Grand Caravan. That makes the Dodge much cheaper than any comparably sized vehicle it competes with and results in the Dodge doubling the Pacifica up on sales regularly. Maybe the introduction of the Voyager could sway some folks in the direction of the

, rather than being turned off by the high prices of the Pacifica.

The feature set for the Voyager is similar to that of the Pacifica-badged models it’s replacing. You’ll only be able to tell it’s a Voyager on the outside from the badge on the liftgate. Chrysler added satellite radio, second-row quad seats and in-floor storage bins to the interior. You’ll still get the same Pentastar 3.6-liter V6 and nine-speed automatic transmission in the Voyager, but no

will be available. We’ll be interested to see how this ultimately affects sales of the excellent Chrysler minivan.