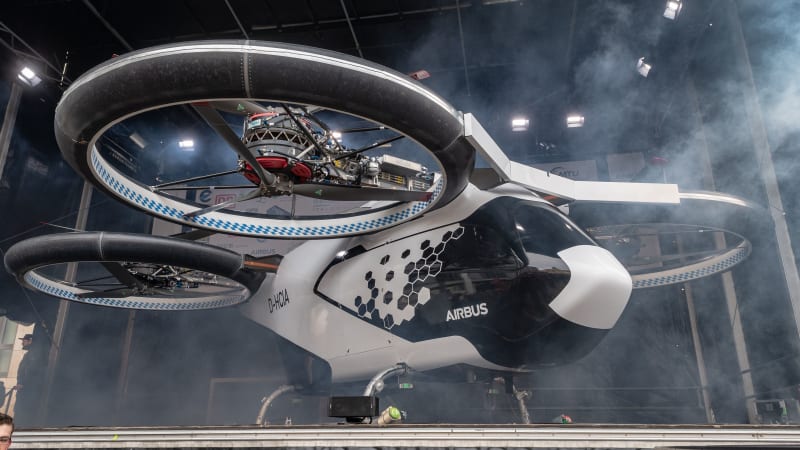 You can be sure that transportation will be a nightmare for many people attending the 2024 Paris Olympics, but technology could make it slightly more bearable. Airbus, Aeroports de Paris and the Paris Transport Authority are exploring the feasibility of using autonomous flying taxis to carry visitors from Charles de Gaulle Airport into the city. When it takes roughly an hour to get into Paris using a bus or train, this could save valuable time that would be better spent finding your hotel and, you know, enjoying the Olympics.

You wouldn’t have to wait long, either, as taxis could take off every six minutes.

There are already machinations underway. Aeroports de Paris has to pick a site for a flying taxi hub in Paris by the end of 2019, and it should be ready within 18 months. The team will test the link through an “existing helicopter corridor,” according to ADP’s Edward Arkwright.

There are many pieces that have to fall into place for this to work. The taxis themselves have to both be safe enough to fly and last long enough on battery. The partners also have to ensure that the taxis mesh well with existing infrastructure and regulations. If all goes smoothly, though, you may not have to hop into a ground-based vehicle until you’re already in the City of Lights. This could also serve as a test case for other cities that want to see how well flying taxis cope with major events.

This story by Jon Fingas originally appeared on Engadget.