By doylestownauto on October 12, 2019 in Audi repair shop 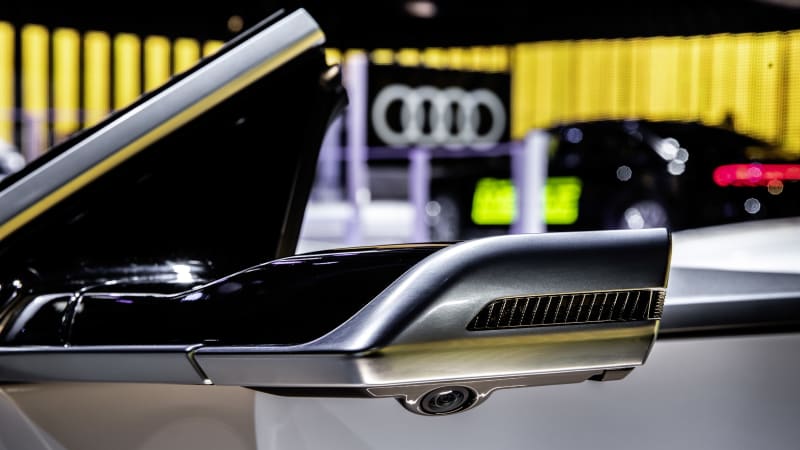 The American-spec Audi E-Tron is nearly identical to the European-spec model with one significant exception. It’s not offered with side-view cameras, because the technology isn’t a permissible alternative to conventional mirrors in the United States. The National Highway Traffic Safety Administration (NHTSA) is asking motorists and carmakers to help it decide whether to make this forward-thinking feature legal in the not-too-distant future.

In response to two petitions filed by automakers, the agency has started the process of looking into whether allowing cameras to replace mirrors compromises safety. There are two main points it’s worried about, and they haven’t been clarified by the companies that urged it to change the law.

First, it found safety-related performance issues (including image distortion problems) with the systems it tested. It hasn’t revealed which ones it examined. Second, it’s worried about how drivers will cope with finding the location of the screens the cameras transfer footage to in different cars. Audi embedded them into the E-Tron’s door panels, right by the door handle. In the Honda E, the screens are positioned on each corner of the dashboard. In contrast, the mirrors in modern-day cars are always located in more or less the exact same spot, so there’s no need to look around for them.

The automakers that asked for NHTSA’s permission to install cameras cited improved fuel economy, not safety, as their main motivation, according to the agency. Cameras are much thinner than conventional mirrors, so they reduce drag. The European-spec E-Tron has a 0.27 drag coefficient, while the American-spec model with normal mirrors checks in at 0.28. Audi told Autoblog the mirrors give the SUV about three additional miles of range when driving at highway speeds.

NHTSA doesn’t specifically ban side-view cameras, but it requires every new car and truck sold in the United States to feature mirrors that show drivers what’s next to and behind them. Audi could legally offer its camera-based technology if it kept the mirrors, which would defeat their purpose.

It’s too early to tell when NHTSA will decide whether to allow camera-based technology, or when car companies will be able to offer the feature on the American market if it receives the proverbial green light. Side-view cameras are already legal in the European Union. The limited-edition, diesel-electric Volkswagen XL1 introduced at the 2013 Geneva Motor Show used this technology. In Japan, cameras appeared on the Lexus ES’ list of options in late 2018.