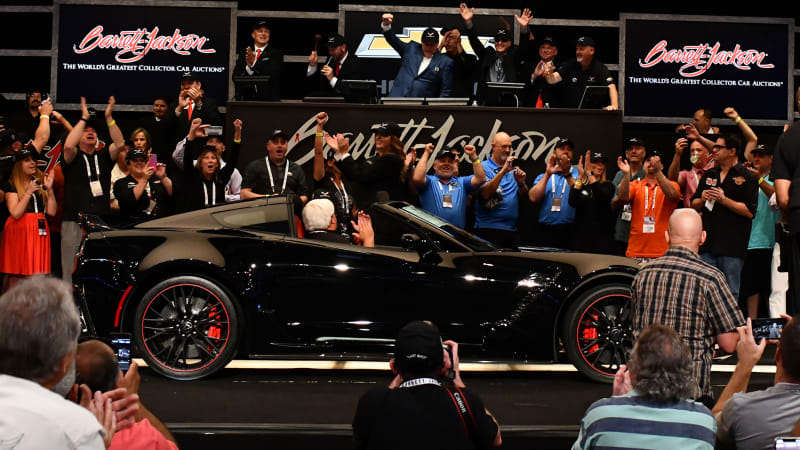 just sold at the

Northeast Auction at Mohegan Sun in Unvasville, CT, for $2.7 million. But it’s not the black Z06 you see above — well, it sort of is, but not exactly. The car that rolled across the bidding floor was, according to the

of what will be the very last C7

That $2.7 million sale price makes this final C7 ‘Vette the highest grossing vehicle donated by an automaker. Proceeds will go to

, which builds specially designed and mortgage-free homes for catastrophically injured service members, and also helps pay off the mortgages for families of first responders killed in the line of duty.

According to Frank Siller, chairman and CEO of the Stephen Siller Foundation, “This donation will build at least five homes for our catastrophically-injured veterans to give them their independence and a better quality of life.”

has auctioned off a number of vehicles in support of the foundation, including the first production 2019 Corvette ZR1 that sold for $925,000 last year in Scottsdale. We’re certain this final C7 won’t be the last.